Victory - An Unexpected Testimony - The Warrior's Journey®
Skip to content

After his return from the defeat of Chedorlaomer and the kings who were with him, the king of Sodom went out to meet him at the Valley of Shaveh (that is, the King’s Valley). And Melchizedek king of Salem brought out bread and wine. (He was priest of God Most High.) And he blessed him and said, “Blessed be Abram by God Most High, Possessor of heaven and earth; and blessed be God Most High, who has delivered your enemies into your hand!” And Abram gave him a tenth of everything. (Genesis 14:17–20) 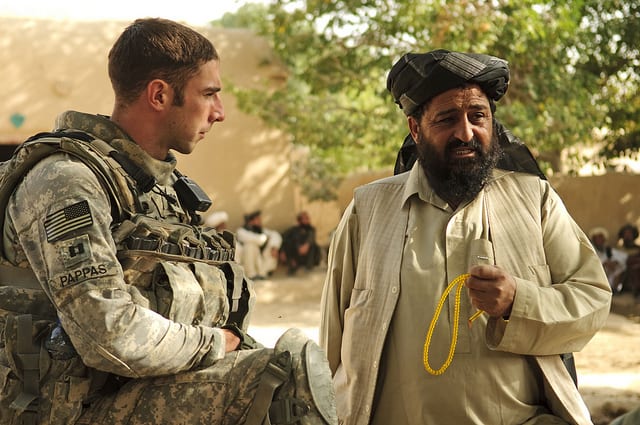 Abraham found himself in what amounts to an international incident. Words like insurgency, revolt, conquest, and raid can all be used to describe the situation here in Genesis 14. Without going into details about the battle, we see that with 318 men Abraham successfully attacked and defeated his enemies. That makes it sound like Abraham brought about the defeat. But the hero was not Abraham—the hero was God. God’s role in the victory was confirmed through an unexpected source.

After the battle, Melchizedek, king and priest of the city of Salem, met Abraham with a victory meal. His blessing and declaration of the Most High God’s victory (v. 19–20) is not something we today would expect from a Canaanite king.

I did not know what to expect when my husband became a soldier. I grew up in a sheltered environment. I had no context of where God fit into military life. I certainly did not expect to find the finest Christian people I have ever had the privilege to know. Not having had any exposure to churches other than my own, I was pleasantly surprised to find so many military families who testified to the greatness of God.

When have you heard or received an unexpected blessing? How can you be an unexpected messenger of encouragement to someone as Melchizedek was to Abraham?

Father, keep me faithful in serving you. Fill my heart with your love and use me to share that love with others today. Amen.