Worth The Investment - The Warrior's Journey®
Skip to content

Ships from the John C. Stennis Carrier Strike Group transit the Pacific Ocean. Photo by The US Navy is licensed under CC By 2.0

Can you imagine a passenger aboard the Titanic trying to sell his First Class ticket to other passengers, just as he’s boarding a lifeboat – less than an hour before the ship sinks?

Only a fool would invest as much as a penny for a place on that doomed ship. Amidst the panic of that final hour, the frantic passengers only wish to escape it.

Yet an equivalent proposal – as foolish as the imaginary one above – was presented to the prophet Jeremiah by a close relative – his cousin Hanamel. His cousin asked him if he would purchase a parcel of land near Jerusalem just weeks before the city’s calamitous fall to the Babylonian army.

Jeremiah had been called by God to proclaim an unpopular message to the people of Jerusalem, who had broken God’s laws, worshiped every pagan god, and even set up pagan idols and altars in the LORD’s temple. This open rebellion against their Redeemer had gone on for centuries and now it was time for God to execute the judgments He had warned Israel of – destruction of their 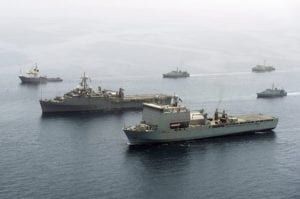 city and its temple and the deportation of its people to a faraway land.

And now, in the year 586 BC – just weeks before the besieged city is to fall to the vengeful King Nebuchadnezzar, who will raze it to the ground and deport its inhabitants to Babylon – Jeremiah is asked if he wants to purchase a piece of land not far from Jerusalem (Jeremiah 32:1-8).

“Are you crazy? The land is conquered and devastated by the siege. Why in the world would I want pay for a piece of this God-forsaken, scorched earth?”

That may have been Jeremiah’s natural reaction. But God spoke to the prophet’s heart and told him, “Buy the land and have the purchase recorded before witnesses. For this land has a future and will again be populated, cultivated, productive and blessed. Though My people will be punished for their rebellion, I am not finished with them and will bring them back to this land where I will bless and protect them.”

So Jeremiah obeyed and did as the LORD instructed him. He demonstrated by his purchase that God still considered His people worth the investment, despite their present dreary outlook (Jeremiah 32:9-44).

Aren’t there those times in our lives when we feel like a wreck – like a sinking ship or a doomed city? Maybe it’s because of our own failures or perhaps painful circumstances or sickness have made us feel a little “God-forsaken.” But God’s bold message to us is that He has not forsaken us, nor is He finished with. To the contrary, our pain and adversity are all part of His redemptive activity in our lives. They are His continued investment of discipline and training to conform us into the image of His Son, Jesus Christ. This is the same Jesus who has invested His very life blood in our salvation and never ceases to mention our name to the Father, pleading for our preservation, pardon, and ultimate glorification. God has a future, a glorious and eternal one, for us.

I recall the story of a young boy whose family was consumed in a house fire. He survived, but was so badly burned that the hospital staff doubted his recovery. But the boy hung in there and remained in ICU for months. Finally, the head nurse, decided to have a school teacher visit the boy, to tutor him lest he fall behind in his studies.

The teacher arrived but wasn’t prepared for the boy’s serious condition and agonizing pain. By the end of the first lesson she felt horrible for forcing a child in such agony to plod through a lesson on English grammar and openly wept after she left his hospital room.

The next day, as she hesitatingly approached the boy’s room to resume the lesson, the head nurse stopped her and asked, “What in the world did you do to that boy?” The young 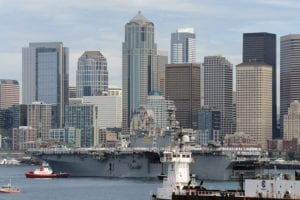 teacher profusely apologized, but the charge nurse stopped her again. “No, you don’t understand. For months this boy has feared the worse and been withdrawn and depressed. But after you visited him he’s turned around completely and is now positive and upbeat.” This puzzled the young teacher – until she questioned the boy herself. He explained, “I was so sure I was going to die. But then you came and started teaching me English lessons. I figured, if the hospital is so concerned about me not falling behind in school, then I must have a future! It means that I’m going to live!”

It’s the same with you. Every day God is investing in your eternal future – even if it’s the painful discipline of the LORD (Hebrews 12:4-11). “For those whom the LORD loves He rebukes and chastens.” No matter how broken and abandoned you feel, God has not forsaken you. God considers you worth every investment of time, training, and love.

Dear Father in heaven, please open my eyes to the love and mercy You pour into my life every day. Amen. 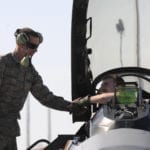 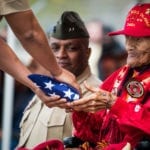 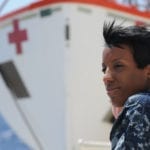