The End Is Not Yet - The Warrior's Journey®
Skip to content

Among the Mayflower’s 102 passengers and crew was a servant indentured to John Carver, the Plymouth Colony’s first governor.

The servant’s name was John Howland.

One night while the mayflower during the MayFlowers transatlantic journey there was a fierce storm. During this storm Howland climbed out of the miserably crowded conditions below deck to get some air. He regretted it as soon as he came topside. A huge wave crashed over the tiny vessel and swept the young man overboard. He fell into the tumultuous and bone-chilling North Atlantic waters. Howland was sure to become one of the group’s earliest casualties.

But by some miracle, Howland was able to grab hold of one of the ship’s trailing ropes. Though his head repeatedly sunk below the surface, the ship’s crew reeled him in. Howland made it back to the relative safety of the Mayflower. That do or die rescue would have significant ripple effects for the history of America.

Watching the frightful event was a twelve-year-old girl, Elizabeth Tilly. Within a few years she and John would marry and have ten children together – and eighty-two grandchildren. Though their descendants would become too numerous to count, there are some who are worth noting. For instance, two of John Howland’s descendants would become Hollywood actors: Humphry Bogart and Alec Baldwin. Another would be the founder of the Church of Jesus Christ Latter Day Saints – Joseph Smith. And three others would become American Presidents – George Bush, Sr. and George W. Bush, and – Franklin Delano Roosevelt.

Sometimes when our lives seem to hang by a thin thread we can think there’s no tomorrow! God has other plans as the prophet Jeremiah declared in Jeremiah 29:11. God knows the plans He has for us. His plans are for good and not for evil. They are plans to give us a hope and a future. So, when problems mass and converge upon you at one critical moment; if you have entrusted your life to the Lord, don’t despair. The end is not yet.

Your frail existence is not subject to out-of-control circumstances. Your life is hidden safely in the hollow of God’s almighty and all-loving hand. He still has many chapters written in your life’s story. A story that doesn’t end with gloom here on earth. It ends with ultimate glory in heaven. As Paul the apostle declared in Colossians 3:3-4. “or you died, and your life is now hidden with Christ in God. When Christ, who is your life, appears, then you also will appear with him in glory”.

Dear Father in heaven, life seems to have cast me into hopeless circumstances. However, I place my life into the hands of the God of all hope. I know you reign supreme and cause all things to work together for my good. Amen. 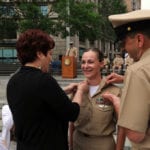 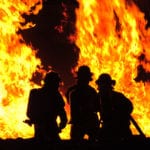 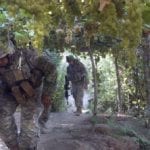