Get Back To Work - The Warrior's Journey®
Skip to content

Get Back To Work

Apache takeoff. Photo by The US Army is licensed under CC By 2.0

Two days after Christmas in 2004, the New York Post reported on a Boston man who had been fired from his job as a waiter at Abe & Louis’ steakhouse because of his drinking problem.

The man’s name was Bob DiPasquale and losing his job didn’t help matters. He became so depressed that he locked himself in his home and drank himself into an unconscious state.

Concerned family and friends tried to contact him to no avail. They finally broke into his home and found him near death. Paramedics rushed him to Massachusetts General Hospital where he was placed on life support. Bob’s condition only worsened and the hospital staff began to speak to the family about removing life support. When all hope faded, the family agreed—but first they wanted to get word to everyone Bob knew to let them know he was about to die. When they contacted Bob’s boss at the steakhouse, he yelled back, “You tell him to wake up and get his a** back to work!”

Bob’s friend, Ralph Nash, figured there’d be no harm in relating the message to Bob, so he whispered in his ear, “Bob, Charlie Sarkis says to get out of bed and get your a** back to work.” 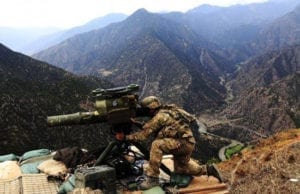 Within five minutes Bob DiPasquale woke up and muttered, “I’ve got to get back to work.” He rapidly recovered and returned to his job with a new-found fervor. Bob explained that he believed God gave a second chance to straighten out his life. He told reporters, “I think God said it’s not my time yet. I feel like I’ve been given two strikes by God,” he told the paper. “He’s telling me, ‘Now, if you want to be struck out, have another drink.’ It will not happen . . . The show must go on.”

The show indeed must go on. We’ve got to face our responsibilities and our obligations. Though the work may be tedious and dreary, God has called us to fulfill the mission He’s given us – to meet our obligations to our family, to humanity, and to Him. Though we often yearn to flee our responsibilities, we actually need them. They give us a sense of purpose, identity, and importance. Just look at how the “call to work” revived Bob DiPasquale! So don’t fear responsibility or seek to flee it. Embrace the work God has given you and do it faithfully for Him, rather than short-term rewards such as recognition or earthly gain. Scripture tells us that if we dedicate our mundane work to God and serve Him by doing our very best at it, He will reward us abundantly (Ephesians 6:5-8; Colossians 3:22-24). No matter how inconsequential our work may seem, St. Paul assures us, “It is the Lord Christ whom you are serving” (Colossians 3:24).

Dear Father in heaven, it’s not what I do that determines whether my work is sacred or secular, but why I do it. Help me to face the tasks You’ve given me and to accomplish them for You – to please You, to honor You, and to be a blessing to Your children. Amen. 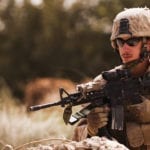 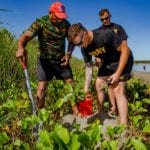