IS IT FAITH OR PRESUMPTION? - The Warrior's Journey®
Skip to content

Slide for Life. Photo by Marines is licensed under CC By 2.0

On January 14th, 2020 Nik Wallenda, the “king of the wire” announced his latest challenge.  He will tightrope across an active volcano in Nicaragua. 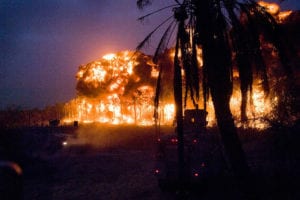 He stated that this challenge will include all the hazards of previous challenges “times ten.”  For instance, not only will he be in danger of falling from the suspended cable.  He’ll also be at risk from the intense heat of the lava lake, from explosions, from blinding smoke, and from poisonous gases.  Therefore, Nik is practicing while using both blindfolds and gas masks as he “wire-walks.”  His attempt was televised live on March 4th, 2020 on ABC.  He walked a 1,800-foot cable suspended across the Masaya Volcano in Nicaragua.

Most people do not look for trouble.  It finds them while they’re going about their God-given duties.  Nik Wallenda, however, searches the jungles of Nicaragua for an active volcano – why?  To study it in order to find out if it’s possible to predict eruptions and save lives?  No.  It’s so he can tightrope over it.

Now, I realize that Nik Wallenda almost feels a sense of divine calling to tempt danger and calamity in order to “inspire others.”  But there are already far too many people engaging in high-risk behavior and getting themselves and others killed.  They do this by abusing drugs and alcohol, by driving recklessly, by throwing their paycheck away through compulsive gambling, and by other foolhardy activities.  So what exactly does Nik hope to inspire people to do? 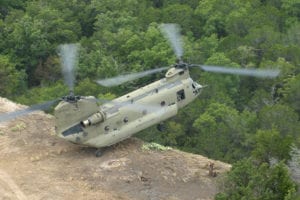 Christian believers need to exercise wisdom and discernment here.  Do you remember when Satan tempted Jesus to jump from the pinnacle of the temple (Matthew 4:4-7)?  Satan quoted Scripture to back up his temptation, reciting portions of Psalm 91:11-12: “For He will give His angels charge over you” and “On their hands they will bear you up, lest you strike your foot against a stone.”  Of course, when he quoted the Bible Satan left out one critical part of this passage.  The verse actually reads, “For He will give His angels charge over you TO KEEP YOU IN ALL YOUR WAYS” (Capitalization and Bold added). Satan was suggesting that Jesus go out of his way – like searching the jungle for a volcano to tightrope across – to put the Lord’s promise to the test.

It doesn’t work that way.  Maybe God has called Nik Wallenda to tightrope across canyons, waterfalls, and volcanoes.  But for the vast majority of us, God’s called us to a certain set of responsibilities that might seem tedious and humdrum.  But their fulfillment is critical to the health and survival of our families and, ultimately, our society.  And if we engage in high-risk behaviors, we cannot blame God for the harm we do to ourselves and our families.

Every commander knows what I’m talking about.  There’s been many a soldier who’s survived the hazards of Iraq, Afghanistan, and Syria only to get themselves killed by doing wheelies on an interstate highway while intoxicated. 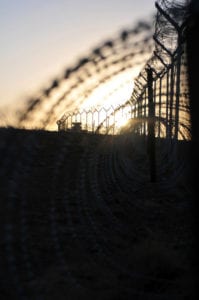 God has given us promises of protection.  But they are only valid when we perform our God-given duties and seek to honor Him with our lives – not when we live recklessly.  Jesus said that we should never “tempt God” with our behavior. Tempting Him, unnecessarily puts our lives at risk and endangers God’s plan for us (Matthew 4:7).

For instance, the tragic case of Josiah is an example of a good and godly man unnecessarily putting his life at risk.  Perhaps Josiah was putting God’s promise to the test – that God would allow him to die in peace (2 Chronicles 34:28).  But when he recklessly challenged Pharaoh Neco he was killed in battle (2 Chronicles 35:20-24).  A more recent incident of Christian foolhardiness took place on July 28, 1982, with the death of Christian music legend Keith Green.  Green insisted that his over-crowded plane would be safe, though it exceeded its operating limit by 445 pounds.  The modified Cessna 414 crashed shortly after takeoff, killing all twelve people aboard.  The dead included Keith Green, his three-year-old son Josiah and two-year-old daughter Bethany, a church-planting couple (John and Dede Smalley and their six children), and the pilot, Don Burmeister.

Above all, let’s be good and faithful stewards of the treasures God’s placed within our care.  You don’t need to go hunting for challenges.  God will find the right ones for you, challenges that will cause growth where it’s needed most.

Dear Father in heaven, please give me wisdom and discernment in all my decisions and actions.  Grant that I will not overstep the boundaries You have established for me, nor cringe from the challenges You place in my path.  Help me to walk by faith and to steadfastly serve You. Amen. 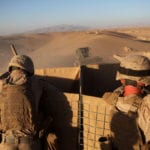 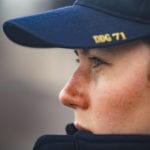 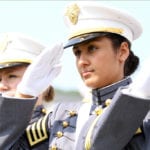