Servant Leadership in Action - The Warrior's Journey®
Skip to content

Sniper School Try-Outs. Photo by The U.S. Army is licensed under CC By 2.0

Servant leadership continues to be a buzz word in many circles these days. This term can be found in the corporate world, the church world, and even in the military.

The truth is that servant leadership is talked about more than it is practiced. 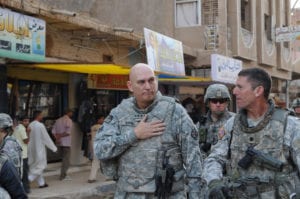 The question asked most frequently might sound like this: What does servant leadership look like? More specifically, within the military context, can you cite a good example of servant leadership? Very simply, “Yes, I can.”

I want to relate an event that occurred in the life of a good friend. His name is Steve Banach. He is an Army Colonel who serves in the Infantry. Steve has spent a good part of his career with special operations, and he definitely looks the part. He is physically imposing and looks like a warrior — square jaw, muscular build, and carries himself like an athlete. Not the guy most of us would want to encounter in a dark alley.

Professionally, he has established himself as an outstanding infantry commander with a proven record in combat. The story that follows occurred a few years ago in Afghanistan. Banach was serving as a Lieutenant Colonel in the Rangers. 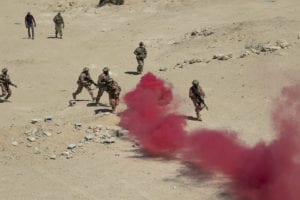 First, a little background. Steve served as the commander of a Ranger Battalion in Afghanistan on two different occasions in 2001 and 2002. His unit had conducted numerous special operation direct action missions in the Konar Province in Northeastern Afghanistan during the summer of 2002. The organization developed a good reputation within the local Afghan communities. They were generally viewed as a disciplined and well-trained combat force.  As a result, the Ranger unit established a high level of trust with the local population. This factor set the tone for the details found next.

In August 2002, an Afghan middle-aged father traveled from the vicinity of Asmar, which was located to the north of the Ranger forward operating base (FOB) in the Konar Province. Anyone who has been in Afghanistan understands how arduous and dangerous any ground movement in this country can be. The Rangers had experienced a number of near and far enemy ambushes as they traversed these routes.  Along with this, ubiquitous improvised explosive device (IED) threat in their area of operations.

A Father and his Child 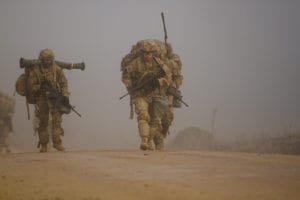 Nonetheless, the Afghan father toiled under the weighty task of moving his son by horse-drawn cart from his home. This journey was at least a four-hour ride by vehicle to the Ranger FOB. He came seeking medical care for his son who was close to death. The boy looked to be about 7 years old. The boy had burn injuries that covered 80 to 90 percent of his chest, abdomen, legs and hands.

According to the father, the boy was trapped under the weight of the roof of their mud hut when it collapsed. Subsequently, the roof pinned him against the open cooking stove in their home. The boy sustained the burns and had a baseball-sized open, oozing wound in the center of his chest. His fingers on both hands were badly burned and had begun to heal together. The boy had begun to heal in the fetal position, and his right thigh was now stuck to his chest.

The boy’s father approached the FOB and knocked on the metal door. One of the young Rangers opened the door. To his surprise the boy’s father placed his son in the arms of the Ranger. 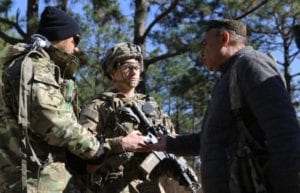 TheRanger was startled by the act and turned first to his Ranger buddy, and then to his Ranger sergeant and asked for guidance. The Ranger leadership immediately grasped the urgency of the situation and moved the boy and his father to the battalion medical facility on the FOB and the physician’s assistant (PA) began an immediate diagnosis. The PA finished his assessment and communicated immediately to LTC Banach and the Special Operations command leadership to whom the unit was assigned.

Within hours, LTC Banach made arrangements for a medical evacuation helicopter to transport the boy and his father to an Army field hospital at Bagram Air Base, located just to the north of Kabul, the country’s capitol. Providentially, a plastic surgeon arrived at the Army field hospital the day after the boy was flown to Bagram. This doctor was able to perform the required surgeries. The boy spent a total of six weeks in the hospital. He received three major operations, the combination of which gave him complete use of his legs and fingers. 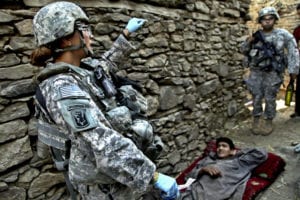 Due to the high operational tempo on the battlefield, it was about three weeks before LTC Banach could get over to the hospital to visit the young boy and his father. In the interim, he ensured that his unit medical officers were checking on the young boy. When he finally arrived at the hospital, he navigated his way through all of the medical tents and arrived in a small recovery room. He saw the young boy asleep on an elevated stretcher and the boy’s father sitting on the ground to the left of the child. The father quickly got to his feet and extended his hands. As LTC Banach extended his right hand, the man grasped the commander’s hand with both of his hands and began to shake it profusely.

LTC Banach looked at the man and told him that his son looked good and that they were very happy to help him and his child. Tears began to fall down the father’s cheeks. The commander was awestruck and simply told him that he had three children of his own and that he hoped that someone would show mercy on them if they were ever in a similar situation.

The Power of Experience 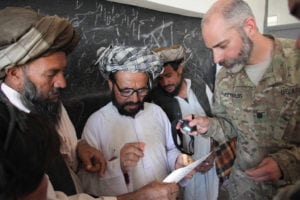 In many respects it can be argued that war is simply a complete failure of mankind. But war was what brought this father and this commander together. In this one moment, each man stepped out of the stress and strain of war and shared a unique experience marked by peace and decency. It was a divinely ordained moment, one that showed the love and mercy of one human being to another.

The Pitch and the Follow-Through

Later, LTC Banach arranged to fly the boy and his father back to his FOB at Asadabad with a brand-new soccer ball and a couple of big bags of candy. Then, a few of his Rangers on the ground transported them back to their home near Asmar.

Today, neither LTC Banach nor any of the others involved in this experience know what has happened to this boy or his father. What they do know is that for a moment in time and in the most difficult circumstances imaginable, they had the privilege to participate in a true act of servanthood. 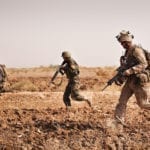 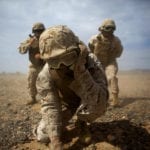