Strength for the Journey - The Warrior's Journey®
Skip to content

Strength for the Journey

Smoking Guns. Photo by Marines is licensed under CC By 2.0

Life is compared to a journey or a race.

Either way, it takes endurance to create a life worth living. It doesn’t do any good to start a mission if you don’t have the courage or strength to complete it. That isn’t how any warrior approaches a challenge.

It’s the same with every area of life. If you start but don’t finish, it won’t be long before your credibility as an individual is shot. You’ve seen it, during basic training. Not everyone who took the oath at induction earned the uniform.

Life offers a million reasons to surrender: financial hardship, family problems, issues at work… addiction. Things like that happen all the time. They are just a part of living.

Some people never learn how to stick it out. They bail at the first sign of a problem. One broken relationship follows another. One bad day on the job leads to a series of lost jobs and eventually, to walking the streets alone, despondent, without hope.

Some model a different way of handling what life throws at them. Consider Earl Granville. A veteran of the Pennsylvania National Guard, Granville lost two close friends and a leg to an IED in Afghanistan in 2008. He could have stopped living, but instead, he started training… as a marathon runner.

It paid off too. Granville joined the Archilles Freedom Team (a band of wounded warriors) and entered the 2017 Boston Marathon. Per race rules, he was assigned a race guide, Andi Poscopo, and together they began what proved to be a grueling 9-hour journey through the spectator-lined streets of Boston.

Carrying a large American flag, Granville seemingly ran for all warriors wounded in the cause of freedom. The steps he took showed a “can-do” attitude that caused crowds to cheer all along the way. It was a stirring sight to see that kind of resolve represented in one man who did not allow the race to better him.

Granville started cramping around mile 10. It was bad, but despite the pain, quitting wasn’t an option and with the cramping, neither was running. Granville kept competing, choosing to walk the remaining route. So, they moved steadily toward the finish line.

Then, in an instant a good story turned into a larger-than-life story of personal strength and sheer determination. According to Granville, “It was literally just a spur of the moment. Just about 50 feet from the finish line I just said to Andi, let me buddy carry you, and I picked her up and we crossed the finish line together, and that was that.”

The last few minutes of his marathon became a run again, not alone, but with his guide bearing the flag and carried in his arms. Granville and Poscopo became instant celebrities, not because they ran the race, but because their journey symbolized the strength of all warriors.

Granville would be the first to admit that he didn’t compete on his own strength alone. “The energy of Boston, they say ‘Boston Strong,’ man, it’s that energy. It keeps you going. I had tears coming down my face. It was unbelievable, you just got to keep going, and that’s it.”

That’s truth! The Apostle Paul said it this way in 1 Timothy 4:7: “I have fought the good fight, I have finished the race, I have kept the faith.” (ESV) He also told us where he found his strength to endure. It was in giving his all for the One who gave all to him.

It can be a battle to stand for Jesus Christ. Not everyone gets it. Not everyone wants it. But, He freely offers to each of us the opportunity to find forgiveness and new life only He can provide. Once we’ve experienced that kind of grace, it is our task to share it with the world around us. If you’ve already committed your life to Christ, you know what a change it made in your life and journey.

If you’ve never allowed Christ to be a part of your life, this could be your moment. You’ve been around long enough to know that no warrior wins the battle single-handedly. Victory comes through battling together. Jesus Christ is the one who offers to run life’s journey with you and who will, when the time comes, buddy-lift you into His arms to ensure you have the strength to finish life well.

Start the conversation with Christ. Ask for His help on the journey. No one goes it alone and survives. Jesus Christ offers you the strength and forgiveness you need to cross the finish line well. It is as simple as a prayer:

I am tired of trying to go it alone. I don’t have the strength. Life has taken more from me than I can afford to give. Please forgive me for the wrong things I’ve done. I need You to run this race with me or I will never have the strength to finish, let alone finish well. I choose to follow You and allow You to guide me through this race. Help me to discover your strength and power in my life. In Jesus’ Name. Amen. 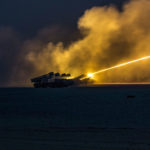 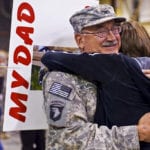 Getting Through the Tough Times 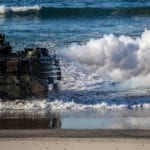 The Hope that Growth Brings