The Tale of Two Houses - The Warrior's Journey®
Skip to content

The Tale of Two Houses

When I was reassigned to Fort George G. Meade, MD, the housing office offered us a small brick home whose hardwood floors had just been refinished. It looked so very nice, but the moment I walked in the door I knew something was terribly wrong.

My eyes and nose began to sting from the pungent scent of mold. It was hard to describe and not everyone could smell it. As nice as the place looked, I had to turn it down and settle for neighboring house that didn’t look quite as nice but was free of that bothersome mold.

Now another family did move into that house – and they told us that they didn’t detect any odor. But before long, each member of the family began to get sick. They complained to the housing office, which refused to do anything about it. Finally, they moved out and another family moved in and also came down with similar respiratory problems. And when the last family moved out, they offered my wife their easy chair. But I could immediately smell that same irritating odor. We had to turn it down. I was afraid that its mold might spread to the rest of our home. Furniture from the mold infested house had no place in ours. 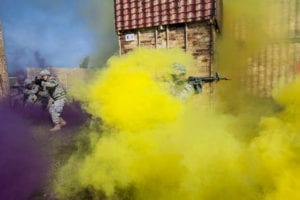 I’ve thought about that experience and have wondered if the same fear I had of that mold-infested furniture spreading something in our home is the way I should be afraid of bringing old habits from my old life into my new life in Christ. Shouldn’t my attitude be, “Those habits have no place in my Christian walk. They belong to the old life”?

I once read the story of a carpenter who worked at framing and building homes – though his own home was a tumbled down shack. After many years he finally accumulated enough building supplies and money to build a new home for his wife. But as a cost-saving measure the carpenter decided to salvage anything of value from the old house. So he stripped away the molding, door frames and doors from the old house and used them in the new. Sure, they were dirty and covered with smudge marks. Yet, he reasoned, they were still serviceable.

But when his wife saw that old junk in her new home, she was horrified. That garbage from the old house had no place in the new.

During a deployment to Iraq, my unit moved from Camp Stryker in Baghdad, to Camp Sykes near the city of Tall Afar. A small chapel had been thrown together by a previous unit. It was a tiny plywood shack. I seem to recall that its pews were made from wooden pallets and its pulpit was a rectangular plywood box that stood up on its end. It was hot inside and far too small for the number of Soldiers who attended. 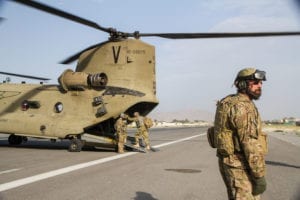 But after about six months, the contractor, Kellogg, Brown, and Root, built us a new chapel with a concrete floor, air conditioning, folding chairs, and some professionally made furniture – which included a nice pulpit, platform, and altar. They even built a narthex and spire for the entrance of the chapel. It was far nicer and more spacious than the plywood shack.

Yet we had to make the decision. “What from the old chapel did we want to bring into the new?” My first thoughts were, “Absolutely nothing! Leave all that amateurish junk with the old building. That old garbage didn’t belong in the new chapel.

Nor do the old habits, attitudes, and life styles from the old life have any place in our new life with Christ.

We need to get rid of that junk – and by the power of the Holy Spirit, we are able to do so. The Scripture says, “So put to death the sinful, earthly things lurking within you. Have nothing to do with sexual immorality, impurity, lust, and evil desires. Don’t be greedy, for a greedy person is an idolater, worshiping the things of this world. Because of these sins, the anger of God is coming.  You used to do these things when your life was still part of this world.  But now is the time to get rid of anger, rage, malicious behavior, slander, and dirty language.  Don’t lie to each other, for you have stripped off your old sinful nature and all its wicked deeds.   Put on your new nature, and be renewed as you learn to know your Creator and become like him” (Colossians 3:5-10).

PRAYER: Lord, open my eyes to the old dirty and worthless furniture that I’ve allowed into pile up in my house. Help me to clean house and remove from my heart everything that is hurtful and hateful. Amen. 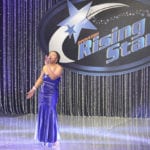 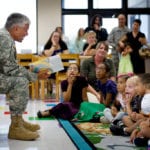 KNOWING IT ALL VS KNOWING WHAT’S MOST IMPORTANT 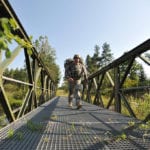