Rescue training. Photo by The U.S. Army is licensed under CC By 2.0

When reaching out to veterans in need, don’t let your good intentions be sidelined by one of these common mistakes.

In a 2004 study of approximately 1,400 Vietnam Veterans, almost 90 percent Christian, researchers at Yale found that nearly one-third said the war had shaken their faith in God and that their religion no longer comforted them.

Let that sink in. They no longer found comfort in the Comforter.

Today, nearly 8% of the American population are veterans. Now more than ever, the Church needs to be able to help these men and women deal with what they have seen and experienced in combat so that they can reconnect with their Creator.

And many Christians try to do just that – but it’s often a struggle to make a connection. Perhaps that’s where you find yourself. I was there too. As a civilian myself, I’ve tasted the rubber of my shoe many times as I have put my foot in my mouth after saying something stupid or offensive to a service member or veteran.

But over the past seven years, I have traveled to churches around the country training civilians and veterans to connect with this current population of military families. After countless conversations with fellow Christians, I’ve noted some common mistakes we have all made when trying to reach out to our veteran brothers and sisters.

Stop prescribing spiritual discipline as if you are prescribing medication. Instead, help veterans connect with God.

We’ve trained our brains to think like doctors. We ask questions, diagnose the condition, craft a prognosis and then prescribe a solution. While this may work for an ear infection, it falls dreadfully short in matters of the heart.

Perhaps an example will help. A veteran friend of mine struggles with anxiety. He hates crowds, loud noises and unpredictable surroundings. He recently began seeking the Lord again in his life and went to a local church. This was great news! He plugged into a small group and decided one night to share some of the struggles he had been having with anxiety.
Upon hearing his struggles, some of the small group team prayed for him and then met with him afterward. During the conversation, they assigned him a daily Bible reading plan geared to help him “trust God more” and “fear less.”

It was presented as a prescription. Read these verses each day, get some rest and call me in the morning – Voila! Anxiety healed! Right?
Wrong. While the intentions were pure, this over-simplification created a wall instead of a bridge. 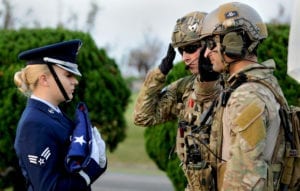 As Christians, we have to understand that sometimes trauma leaves a mark. The body keeps score and, until we have a resurrected body, some of our experiences may continue to cause us illness, pain or discomfort.

When talking with a hurting veteran, don’t just focus on healing the symptoms. Focus on helping that person connect or reconnect with God. While you will continue to pray for healing, ultimately, the healing will come from the Lord when He is ready to heal.

Even if my friend would have taken the “Biblical prescription,” imagine what would have happened if he continued struggling with anxiety. What would have become of his faith? When we set up a spiritual discipline as a medication to remove symptoms, we over-promise based on our ideas of what will help the person rather than trusting in God’s sovereign plan for that person’s life.

Stop building up the importance of your Sunday experience. Instead, build bridge relationships with veterans.

Most veterans are hardly impressed by flashing lights and fog machines. In fact, if you consider my veteran friend above, his anxiety is triggered by loud noises, crowds and unpredictable surroundings. Does this sound like a place you visit every Sunday?

In today’s laser-light, big production, rock music-centric church culture, we often forget that while people may be drawn in by the show, they won’t stay because of it. In fact, it can sometimes even pose a barrier to entry in the first place. And for those who do attend, as soon as a better or more convenient show comes along, they’ll often leave.
If we expect to reach military families, we must meet them in environments where they are comfortable. Even if that makes us uncomfortable. 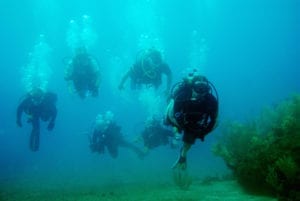 For generations now, Sunday church-goers have been taught to use Sunday morning as a more polished sales pitch to bring people into the family of God. We have “invite a friend” Sundays, special “Exciting Easter Services” and “Service Days” in the community for the purpose of inviting our peers to join the Church.

The problem this poses, though, is that it can leave the average Christian, someone like me, feel ill-equipped to share the Gospel or love of God in my own local context. One can start to feel like the message of Jesus can only be shared by a professional who knows how to present it “just right.”

But if we are to be Christians like Jesus, we must go out instead of merely inviting people in.

This can be done quite easily and with minimal effort. Here are some simple and practical ideas:

Stop saying “I’ll pray for you.” Instead, pray with them!

There’s nothing more irritating than hearing a busy Christian tell you “I’ll pray for you,” then never hearing from that person again. 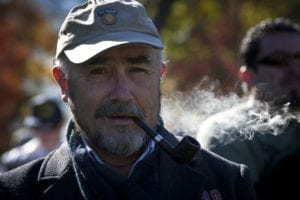 Saying “I’ll pray for you” is a close relative to asking someone “How are you doing?” then not sticking around for the answer.

I believe the sentiment of saying “I’ll pray for you” is a good and noble one. I don’t believe people say it out of spite or laziness but rather from a place of insecurity. Here’s what I mean by that… When talking to someone who is hurting, the Holy Spirit stirs in our hearts and brings the notion of prayer to our minds. But when faced with the awkwardness or possible rejection of praying aloud, we simply tell them we will pray for them later – when they are unaware and when there is no one listening.

And don’t get me wrong – there’s certainly nothing wrong with praying later. But instead of merely responding with “I’ll pray for you” and then praying at a yet-to-be-determined time, ask if you can pray for the person right then and there! Most people will not reject the prayer offering. In fact, in most of my experiences, the person leaves incredibly encouraged. I am constantly shocked and blown away by the number of people I meet who have never had someone pray aloud for them.

When you are praying, don’t worry about saying all of the right things. Most veterans aren’t persuaded by smooth talk anyway. What they want is someone who is genuine and who cares.
Genuineness covers inexperience.

Isolation—Computer Virus of the Heart 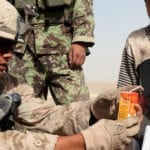 What to Do with Rejection