Don't Isolate Yourself - The Warrior's Journey®
Skip to content

Returning from Patrol. Photo by Marines is licensed under CC By 2.0

When personal crisis happens, many people seek isolation. Rather than sharing their trauma and pain with others, they prefer to be alone. Warriors sometimes make this choice, but usually it’s not a good one.

Why? For one, it is difficult to maintain proper perspective during difficult situations.  Being alone eliminates the wisdom and support that others can provide. Additionally, aloneness tends to open one’s mind to negative self-talk. Take King David. Receiving news that his son, Absalom, had been killed, David went into isolation to mourn. Understandable- to a point. But David went overboard. While focused on his own grief, he lost perspective regarding his leadership responsibilities.

Finally, one of his army generals named Joab confronted David. David had seemingly forgotten his many followers who had risked their lives to save him. In short, he humiliated them. Experiencing traumatic times? Don’t isolate yourself. Seek help from others. 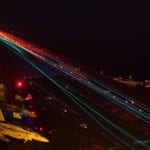 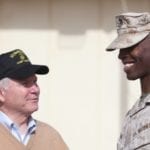 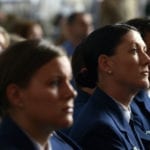 Love and Respect for Others