A WONDERFUL LIFE - The Warrior's Journey®
Skip to content

Felix Hoffman invented a wonder drug that has helped countless millions.  This drug relieves inflammation and pain in the body.  It also prevents heart attacks, coronary blockages, blood clots, and strokes.   It lowers your body temperature when you’re sick with a fever – but only when you have a fever.  When you’re well, it leaves your body temperature alone. 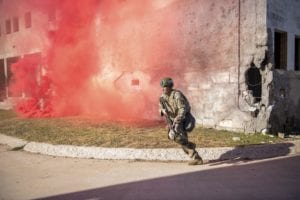 This wonder drug also inhibits the body’s production of prostaglandins – hormone-like chemicals that doctors link to a host of medical problems.  Numerous studies have concluded that this wonder drug can also help prevent many forms of cancer, slows the progression of cataracts, diabetes, Alzheimer’s disease, and HIV.  It does all these things, yet it has few side effects and is non-addictive.

What is this wonder drug?  Aspirin.  Its real name is acetylsalicylic acid.  Felix Hoffman invented it in 1897 and he immediately showed it to his supervisor at the Friedrich Bayer Company in Germany.  Bayer first marketed Aspirin in 1899 and within ten years it had become what it is today – the most commonly administered medication in the world.  Aspirin made Friedrich Bayer and his family fabulously rich.  Even Hoffman’s supervisor, Heinrich Dreser, cashed in on the sale of aspirin and was able to retire and live quite comfortably.

But for Felix Hoffman there was no reward or recognition.   He remained with the Bayer Company until his retirement in 1926.  He died in Switzerland in 1946, having never married or had children – un-mourned, unloved, and unknown.

Was Felix Hoffman, therefore, a failure?  The medical world doesn’t think so.  He came into a world that had no effective pain-killer, except highly addictive ones that had terrible side-effects.  He left his world after relieving the pain and saving the lives of hundreds of millions of people.  Even though he never gained what so many people crave – riches and recognition – Felix Hoffman made a profound contribution and truly had a wonderful life.

The popular Gospel song of Mahalia Jackson expresses the true measure of success in life:

If I can help somebody, as I travel on,

If I can cheer somebody, with a word or song,

If I can show some traveler, he is heading wrong,

Then my living shall not be in vain.

Sir Winston Churchill once said, “We make a living by what we get, but we make a life by what we give.”  In the Scriptures our Lord said, “There is more happiness in giving than in receiving” (Acts 20:35).  “Therefore, let us not become weary in doing good,” wrote the apostle Paul, “for we will reap a harvest of good if we do not lose heart” (Galatians 6:9).  Christ is mindful of your faithfulness and your sacrificial deeds (as He told us so often in the Scripture – Revelation 2:2, 19; 3:1, 8, 15) even if the rest of the world is not.

PRAYER:  Dear Father in heaven, make me an instrument of Your peace and healing.  In a world that inflicts so much pain, help me to relieve it with kind words and deeds.  And should my deeds and sacrifices go unnoticed and unrewarded in this life, remind me that You know and appreciate all that I do. Amen.