Better Days Are Coming! - The Warrior's Journey®
Skip to content

As I walked into his hospital room, it was obvious the young paratrooper was feeling lower than dirt.

He had contracted a rare virus while training in Central America. The doctors ordered the right medicine, but the medical logistical system just wasn’t being responsive. Rarely have I ever witnessed anyone suffer more. Day after day his desperation grew more intense. He was losing perspective. Fortunately I was able to encourage the soldier with verses from God’s Word. One of them was this one found in 1 Peter. It provides perspective during times of distress by reminding us that the suffering won’t last forever.

“But may the God of all grace, who called us to His eternal glory by Christ Jesus, after you have suffered a while, perfect, establish, strengthen, and settle you.” (1 Peter 5:10, NKJV).

Suffering may last for a season, but God will restore you

The Lord will restore us and make us strong. The soldier took this truth to heart and gained courage to face his sickness. After almost a month the medicine arrived. In just a few days he returned back to normal. Remember this: suffering may last for a season, but God will restore you. Better days are coming! 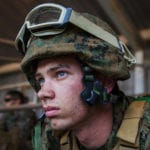 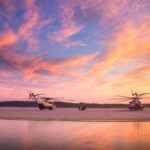 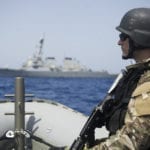