Film Producer - Mary Beth Minnis:
A friend’s story brought Mary Beth into the world of documentary filmmaking. What started with a desire to tell her friend's story, became a true passion for Mary Beth. Striving to bring individual stories of redemption, hope, and truth to the world, she has produced a number of documentary films. Mary Beth is currently an Executive Producer on JUMP SHOT: The Kenny Sailors Story (featuring Stephen Curry, Kevin Durant and Dirk Nowitksi) and a Producer on IMPERDONABILE . She also served as an Executive Producer on TOWER, which won the Grand Jury Prize at the 2016 SXSW Film Festival and won the Critics Choice Award for "Most Innovative Documentary;" TOWER was also short-listed for the Academy Awards. In 2016, Mary Beth was an Associate Producer for MAMA RWANDA, directed by Laura Waters Hinson. In 2015, she Associate Produced IMBA MEANS SING which is now available on Netflix Worldwide, and in 2014, she produced RETURN TO MOGADISHU: REMEMBERING BLACK HAWK DOWN. Mary Beth is thrilled to have presented her films to audiences in Jerusalem, Rome, New York City, Los Angeles, Washington D.C., and Austin, among others. While she appreciates the glowing receptions of the films and the international attention they have received, it is the sparking of hope and the beginning of important conversations with life-changing consequences that keeps Mary Beth in the documentary film world. 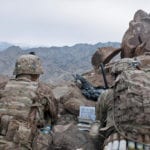 He Never Sleeps On The Job 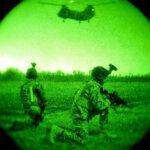 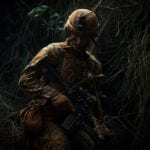