There are levels of suffering and injustice that most people will never experience or understand.  Take for instance those poor families in the Soviet Union whose loved ones were executed by Josef Stalin.  Then the dictator forced these grieving families to pay for the very bullets used to murder their loved ones.  Stalin made sure these families would suffer doubly by making them enemies of the state for simply being related to the victims of his purges. 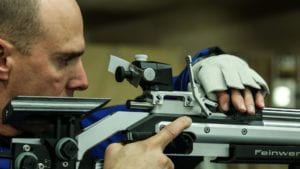 And today there’s another level of injustice and pain that’s becoming more and more common in our country.  It’s the pain and injustice of those who’ve been victimized by racism who are then accused of being racist.  Maybe that person has had their business looted and burned by angry mobs who are motivated by nothing other than racial hatred.  But it is the business owner who’s accused of the racism, not the looter and arsonist.  The business owner – who slaves for years to build a company, provide jobs, and pay taxes – is the one vilified by our deranged media, politicians, and overpaid professional athletes.

Yes, this is when suffering is brought to a whole new level.  It’s when good people suffer injustices from others, then are accused of being worse than the guilty.  It’s happened many times in history: during the French Revolution and in every Marxist takeover.  It happens whenever power-hungry politicians promote class warfare by inspiring racial hatred, envy, discontent, and greed.

If you’ve been such a victim of this compounded injustice, can I give you a little encouragement?  There is someone very important – someone almighty, all-loving, and all wise – who knows exactly how you feel.  And He knows by His own personal experience.  It’s the Lord Jesus Christ.  And you will always find a caring and sympathetic friend in Him whenever sorrow and pain overwhelm you.

Think about it.  Do you remember the Gospel accounts of Jesus being arrested, slapped in the face, and spat upon?  Guess who paid for those crimes against Jesus?  Jesus did.  He suffered punishment for the very crimes committed against Him.  He suffered doubly.

And do you remember that time when Jesus was blind-folded, then punched in that face as a sort of “guess who did it” game?  Who was punished for that crime against Jesus?  Jesus was.

Do you also remember that time when Jesus was disowned by His own people – in favor of a murderer – and handed Him over to the Romans who abused Him, whipped Him half to death, and then brutally crucified Him?  Who bore the blame for those injustices?  Jesus did.

And do you remember, when He hung from the cross, and all His enemies, persecutors, and murderers mocked Him?  Whom did God blame for this shocking callousness and inhumanity against Jesus?  God blamed Jesus.

You see, one dimension of Jesus’ sufferings is that He not only suffered the crimes and abuses committed against Him.  He also suffered the punishment for those very crimes.  But God did this to save us.  Yes, all those terrible crimes we committed against the Son of God – which should have aroused the Father’s wrath against us, God chose instead to transform them into His greatest work of redemption.

So if you’ve been the victim of a crime, then have suffered compounded injustices by being vilified, then please flee into the arms of Jesus.  No one understands your pain like Him.  Jesus can heal you, comfort you, and bind up your broken heart.  He can take away the anger, pain, and bitterness and replace it with His love.  He can also turn your curses into blessings, your scars into stars, and your hurts into halos (Genesis 50:20; Deuteronomy 23:5; Romans 5:3-5; 8:28; James 1:2-3).  Please, find rest in Jesus’ healing embrace.

“Because He Himself suffered when He was tempted, He is able to help those who are being tempted.  … For we do not have a high priest who is unable to empathize with our weaknesses, but we have One who has been tempted in every way, just as we are—yet He did not sin.  Let us then approach God’s throne of grace with confidence, so that we may receive mercy and find grace to help us in our time of need” (Hebrews 2:18; 4:15-16).

PRAYER:  Lord Jesus, into Your loving arms I flee.  Please receive me in Your healing embrace.  Please heal my wounded heart and bring about eternal gain through my temporal pain.  As the Commander of heaven’s armies, please fight my battles for me while I focus on pleasing you.  Please remind me, O Lord, that earth has no sorrows which heaven will not heal.  Amen. 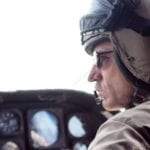 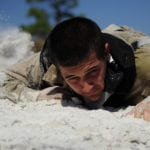 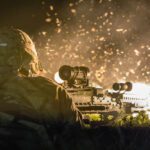