Do The Next Right Thing - The Warrior's Journey®
Skip to content

Do The Next Right Thing

Do The Next Right Thing 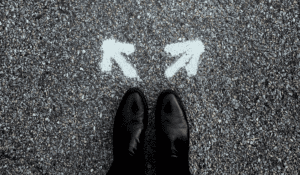 Let’s be honest. The mood across the United States is not one of hope and joy as we look to 2023, and for good reason. The signs of a prosperous and growing nation are simply not there. Large segments of our citizenry have abandoned the values upon which this nation was founded, and the consequences are painfully evident.

Any one of these issues constitutes an emergency needing immediate attention. Collectively, the United States is in crisis mode. Sadder still is that so few Americans recognize the threats to America’s future.

President Abraham Lincoln understood the crisis of his day. In a nation terribly divided by civil war, he delivered perhaps the most important speech ever delivered on American soil—The Gettysburg Address. On November 19, 1863, Lincoln spoke these words: “We highly resolve […] that a government of the people, by the people, for the people, shall not perish from the earth.”

The role of government today has spun out of control, and many Americans know it. What we don’t know, however, is how to fix it. Politicians have demonstrated they don’t know. Government bureaucrats are ineffective. Big business is too selfishly absorbed to search for solutions.

When the situation looks hopeless and impossible to resolve, what does the individual American citizen do? Is there an answer?

What should you do? Should you pray for God to give you some kind of master plan to get our country back on track? You can, but I would start smaller. Most likely, the Lord doesn’t want to give you more responsibility than you can bear. But He does have plans for you that will support the cause. Let’s call it, “Do the Next Right Thing.”

God created you with a plan and a purpose. If you follow His plan and purpose for your life, you will have influence and a positive impact. More importantly, you will please God.

Consider the story of Cornelius found in Acts 10:1-6.

“At Caesarea there was a man named Cornelius, a centurion in what was known as the Italian Regiment. He and all his family were devout and God-fearing; he gave generously to those in need and prayed to God regularly. One day at about three in the afternoon he had a vision. He distinctly saw an angel of God, who came to him and said, ‘Cornelius!’ Cornelius stared at him in fear. ‘What is it, Lord?’ he asked. The angel answered, ‘Your prayers and gifts to the poor have come up as a memorial offering before God. Now send men to Joppa to bring back a man named Simon who is called Peter. He is staying with Simon the tanner, whose house is by the sea.’”

Here’s what we know from these verses: 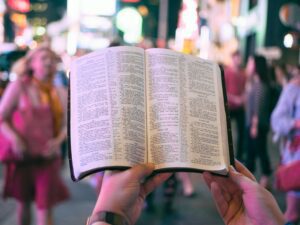 On your own, I recommend you read the remaining verses of Acts 10 to understand the impact that Cornelius had for the Lord. In a nutshell, God used the story of Cornelius to demonstrate to the Christian Jews that God had sent Jesus to save all people, not just the people of Israel. Cornelius and his entire family committed their lives to Christ. Since that time, multiplied millions around the world have become followers of Jesus. Missionary efforts to reach the world for Christ continue to this day.

Talk about impact! Cornelius couldn’t have known the influence he would have upon the entire world.

Let’s break this down. What did Cornelius do that was so great? Simply put, he did the next right thing. Go back and review verses 1-6. He served honorably as a soldier and leader in the Roman army. He provided for and led his family, especially in teaching them to be God-fearing. He was generous, not only to other Romans but to anyone in need. He prayed regularly. In summary, he continuously did the next right thing.

Is this complicated? Do you need to draw up some complex master plan? Absolutely not!

Follow Jesus daily and continue to do the next right thing.

Maybe you’re thinking, “Cornelius was a good man. I haven’t been such a good person. My track record has some serious blemishes. How can I recover and follow your advice? What does the next right thing look like?”

None of us has a perfect resume. Let me tell you about a friend of mine- Christopher Schatz. Chris is a Marine veteran who got himself in serious trouble. Not long after leaving the Marine Corps, he was convicted of being an accomplice to a bank robbery that went south. Chris’ buddy shot and killed a man. Chris was sentenced to 45 years in prison. Thus far he has served five years. To make matters even worse, his wife recently divorced him. His kids still love him, but his opportunities to see them are very limited.

Imagine finding yourself in Chris’ shoes. What would you do? Realizing that his options at the human level were futile, he turned to God and committed his life to Christ. His life immediately began to be transformed—not his external circumstances, but in his heart. He experienced the truth of 2 Corinthians 4:17: “Therefore, if anyone is in Christ, the new creation has come: The old has gone, the new is here!” As Chris began to read his Bible, the Holy Spirit gave him a hunger for God’s Word. The more he read, the more hopeful he became. He realized that God still loved him and had a plan and purpose for his life.

We learned about Chris and began to correspond with him on a regular basis. We sent him The Warrior’s Bible along with devotionals we had written specifically for the military community. Chris devoured the materials we sent and often fired questions to us through his letters. He began growing in his Christian life and after a couple of years felt God’s leading to become a Christian minister.

Chris didn’t hide the changes God was making in his life. He shared Jesus with any inmate that would listen. Many not only heard what Chris shared, but also observed radical differences in Chris’ behavior. He truly is a new man filled with God’s love and a desire to share that love with others.

Don’t get the impression that life was easy for this Marine vet. He shared openly with us in his letters—the highs and the lows. When he learned that his wife was filing for divorce, he felt like his heart was being ripped out of his chest and openly admitted that he had considered suicide. We wrote many letters filled with scripture verses to encourage his heart. My wife, Judy, wrote numerous times to Chris to teach him about spiritual warfare and how to defeat Satan’s efforts to destroy him. Thankfully, the power of God’s Word bolstered Chris’ faith and renewed his motivation to follow Jesus with his whole heart. He didn’t let the Devil or any of the inmates to keep him down. He persevered and did the next right thing.

At one point, Chris also shared his fears about other inmates who tried to bully him. I answered those letters and told him to hit the gym and build himself up. He followed my advice and the bullying stopped. He didn’t seek revenge. He built himself up physically and continued to love every inmate with the love God had given him.

Chris’ story is still being written. And so is yours! Many, like Chris, have committed their lives to Jesus and experienced a wonderful turnaround. They didn’t have to do anything spectacular. They followed Jesus, read his Word, and continued a pattern of doing the next right thing. 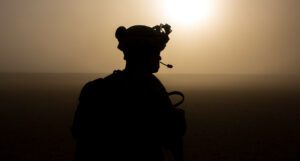 What’s holding you back? Make the decision today to do the next right thing! 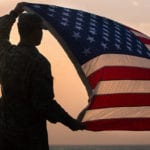 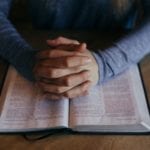