Get All The Facts - The Warrior's Journey®
Skip to content

Get All The Facts

Cliff Overlook. Photo by The U.S. Army is licensed under CC By 2.0

Springfield, Missouri was in the news recently (July 9, 2015).  It’s nicknamed the “Queen City” – perhaps because it sits atop the Ozark Plateau and is the highest city (in elevation) in the state. 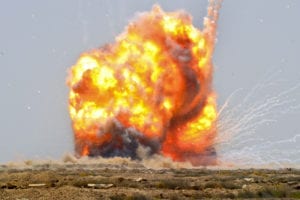 It also has a “national airport” – Springfield-Branson National Airport (SGF) which boasts of non-stop service to eleven U.S. cities. That’s just a bit of trivia, but not the reason Springfield was in the news. Springfield hit the headlines recently because of an airline crash. Or, that’s what locals were convinced happened. They heard the roar of jet engines and saw billows of smoke rising from a wooded area. And so, like all of us, they imagined the worse: One of SGF’s flights crashed shortly after takeoff.

In response to the “emergency” an army of fire engines, ambulances, and rescue vehicles raced to the sight, hoping to save a few precious lives. Families who had just dropped their loved ones off at the airport were horrified at the news. Air traffic controllers immediately worried if one of their own was responsible. Naturally, the FAA received an alert and crash investigators envisioned a sight of grisly carnage and a painfully long investigation.

Of course, the anxiety level of jet airline manufacturers shot off the scale as they wondered if one of their aircraft was involved and if that model might have to be dead-lined world-wide. All sorts of memories of aviation disasters went through the minds of the experts. A sense of panic and dread prevailed in the hearts of many.

The Reality of Facts 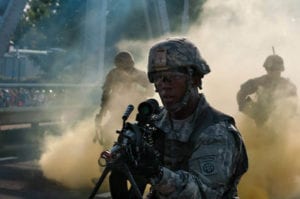 But when the fleet of emergency responders arrived they felt a wave of relief – and a sense of embarrassment. At the scene was not a crashed jet airline, but local resident Neil Darnell washing his jet-powered monster truck, “Shock Wave.” Darnell explained that he has to power up the truck’s 36,000 HP jet engine in order to wash it. However, he conceded, “it creates a lot of noise and smoke.” Darnell’s neighbors heard the noise, saw the smoke, and called 911, believing a plane had crashed. The relieved rescue workers imposed no citation on Shock Wave’s owner but only asked for a “heads up” the next time he plans to wash his truck.[i]

You probably already know where I’m going with this. But this illustrates classic human panic. We get some startling and disturbing facts, we add them together, and we come to a horrific and inescapable conclusion: Disaster! All is lost! There’s no point in going on!

The problem is that, when we add our facts together (the sounds of a jet engine + billows of smoke + a nearby airport = an airline disaster), we’re forgetting that we don’t have all the facts! It is amazing what the human mind and heart can cook up when we try to connect the dots before all the dots have been given to us to connect. Our vision is always limited in this life. We jump to conclusions with only fragmentary evidence. And our conclusions are usually wrong.

The Sovereignty & Providence of God 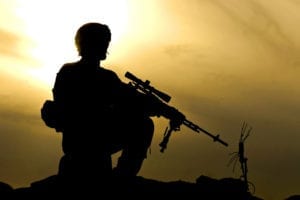 Sadly, we forget the most important fact in every equation. We forget all about God – the God who loves us eternally, who supplies all our needs, who continually protects us from danger, who cares more about our future than we do, who sustains our health and who keeps hundreds of our bodily functions going all the time though we’re oblivious to them (Psalm 103:1-5; 139:1-18).

Have you forgotten that God knows the number of the grains of sand on every seashore and number of hairs on your head (Psalm 147:4; Jeremiah 33:22; Matthew 10:39-41)? Has it escaped our notice that God faithfully feeds even the smallest creatures and will, therefore, surely care for the child created in His image (Matthew 6:19-25)?

So the next time panic grips your heart, stop and ask yourself: Am I including God in the equation? Am I forgetting His love for me? Has it escaped my notice that God has written other chapters for my life and that the best is yet to come? We have His promise: “This is my command—be strong and courageous! Do not be afraid or discouraged. For the Lord your God is with you wherever you go” (Joshua 1:9).

Dear Father in heaven, thank You that You love me far more than I love myself and care more about my future than I do. Please make me mindful of Your presence with me and Your blessings upon me. Amen. 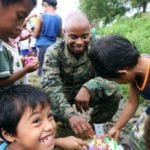 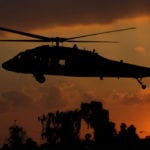 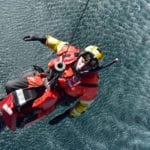