God Always At Work - The Warrior's Journey®
Skip to content

In his defense Jesus said to them, “My Father is always at his work to this very day, and I too am working.” John 5:17 (NIV) 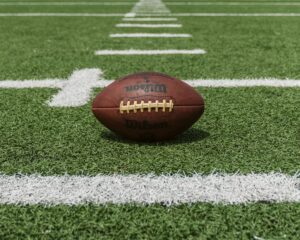 On January 2, the first quarter of Monday Night Football was living up to the hype as the Buffalo Bills and Cincinnati Bengals battled for an important late-season NFL win. Each team displayed the speed, skill, and toughness millions of football fans around the world expected.

Collective excitement for the game would suddenly take a distant second place to what was about to happen. With 5 minutes and 58 seconds remaining in the first quarter, all eyes shifted to a fallen Bills player on the field. A few minutes later medical personnel called for an ambulance to take all-pro safety Damar Hamlin to the University of Cincinnati Medical Center. But after loading Damar into the ambulance, EMTs pulled the stretcher back out of the ambulance and set it on the ground. Why? Damar’s heart had suddenly stopped.

Immediately, Buffalo Bills trainer Danny Kellington began doing CPR on Damar and continued to do so for several minutes. The CPR worked, and Damar’s heart started beating. Damar had died and was brought back to life. Around the world, people have praised God that Damar is recovering and growing stronger with each passing day.

That evening, and in the days to follow, I’ve seen several some key truths play out.

In the midst of Damar’s crisis, everyone came together—players, coaches, staff, officials, medical personnel, and the fans attending the game. No one will forget the scene of the Buffalo Bills kneeling on the field and praying for their brother as the ambulance drove away. Sports announcers acted with compassion, professionalism, and prayer. Fellow players across the NFL expressed their support. TV viewers in the U.S. and around the world joined in prayer. Donations in the millions piled in to support Damar’s nonprofit to help kids.

Almost immediately, there was a unified perspective. The only thing that mattered was saving Damar’s life and supporting his family. No one — players, fans attending the game, officials, and sports announcers believed the game could be resumed. The NFL confirmed the game would not be replayed and that the playoffs would go on as planned.

A dead man had been raised back to life. To add to this miracle, Damar does not appear to have suffered neurological damage. 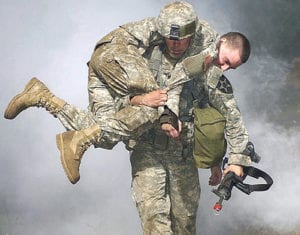 This single event transformed a divided country into a unified community with every member pulling for the life of a fellow human being. Wouldn’t it be nice if this sense of unity could remain? Even permanently?

What can we take from this experience?

• First, even a badly splintered nation can unite to support a worthy cause—Damar Hamlin.

• Much can be accomplished with teamwork. There hadn’t been time for rehearsal. Each part did its share, and the outcome exceeded the sum of the parts. A life was saved. A family was delivered from unimaginable loss and grief.

• A crisis can be a catalyst for resetting priorities. Preserving life became the only focus on the priority list. Many across our country have commented publicly that Damar’s situation has caused them to reorder their own priorities.

• A crisis puts people, even a nation, on bended knee. Thankfully, God in His mercy answered this time as He has so many times in the past.

As we look to the future, the big question is this: Have we learned anything about God through this situation and so many other times in history? Do we realize that He is our present help in times of trouble? Will it always take a crisis before we will reach out to our Creator in prayer? 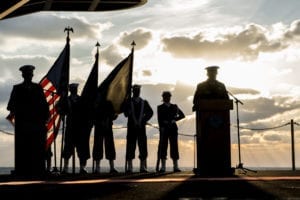 May Damar’s story help us move together into a unified future. We can have unity. We can work together to solve problems. We can continue to depend on God for help. He’s always at work.