Green Flag-West. Photo by US Air Force is licensed under CC By 2.0

I just returned from a trip to the National Parks and National Monuments of the U.S. southwest.

With the exception of Bryce Canyon, Grand Staircase-Escalante, Vermillion Cliffs, and Zion National Park (all in Utah), I’d seen them before. The sandstone, shale, and limestone formations of these parks are truly inspiring, even breath-taking. Bryce Canyon consists of a labyrinth of orange and white sandstone spires, a virtual forest of stone. Zion National Park is a desert-southwest version of Yosemite Valley, with sheer, towering walls on every side. Yosemite National Park in California has the Merced River, but Zion has the Virgin River and the park allows you to walk upstream as far as you like (and your weary limbs can carry you). Zion, however, gives the “close up” experience, for the height of its colossal walls is far greater than the width of the valley floor. 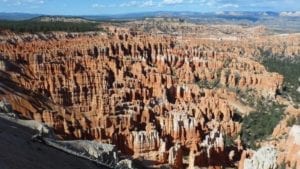 But grandest of all is the Grand Canyon of Arizona. Words (and photographs) will never convey the humbling majesty of this vast network of multicolored canyons, which plunge a mile deep and span ten miles across.

As usual, I cannot get enough of these places. I have to stop at every vista and overlook to soak in their beauty. And, as usual, I wear out my traveling companions until they beg to go home.

But as I reflect upon these staggering sights, it strikes me that all the same ingredients and components of beauty and splendor are found in some of the dullest places (geologically-speaking) on earth. The flat table-land of the Texas Panhandle has all the same underlying sandstone, limestone, and shale deposits beneath its surface, as do the flatlands of eastern Colorado, New Mexico, and Wyoming. The same can be said for most of Kansas and Nebraska. They all share the same perfectly horizontal strata of water-laid deposits that underlie these states.

What makes the difference, then, between the formation of these dull flatlands and the spectacular formations of Utah and Arizona? The answer is erosion. Wind, weather, and primarily rushing water have scoured out huge amounts of soil and rock from the places of wonder and visionary enchantment. Much has been taken away. Much has been lost. Yet as a result of this “scouring” and “carving away” of the earth, the supreme natural masterpieces of the Earth have been created.

The 15-foot block of marble from which Michelangelo carved his famous statue of David was completely undistinguishable from other chunks of marble of similar dimensions. Actually, it was flawed and had been rejected previously by other sculptors. But Michelangelo, with chisel and hammer in hand, created from it a masterpiece by taking away from it more than fifty percent of its mass. Is it possible that God is doing the same things in our lives whenever we suffer loss – even the most painful losses? 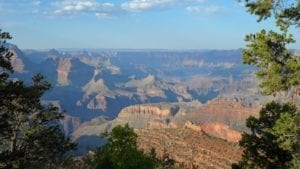 Think about the shallowest, most narcissistic, and most petty people you know. I suspect they are the ones whose every whim and desire has been gratified. They are the ones who have skirted the storms of life, who’ve reached the top by the easiest possible route. And, as a result, there’s no depth or beauty to their character. They’ve avoided the divine Master’s chisel and hammer, and it’s left them an undistinguished flatland of a human being.

So don’t dread the painful losses of life. Sure, we’re not made of stone and we don’t not have the advantage of not feeling pain when chunks of us are scoured away. But neither are we as the mercy of merciless and unguided processes. We are in the hands of the most skilled and loving Craftsman in the universe. He feels our every pain. Every blow of the hammer He wields makes Him wince as much as us. But He does not spare us from suffering. For the glorious vision of what we will become – by His grace – guides Him, drives Him, and keeps Him from giving up on us. He will perfect the good work He began in us – though it be painful for us both – and will one day make the final product worth all the pain (Philippians 1:6; Romans 8:18-19).

Dear Father in heaven, I trust in Your wisdom, love, and power. You alone know what is best for me. Into Your capable hands I commit my life and all that is dear to me. Amen. 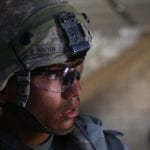 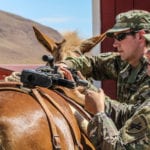 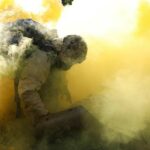