Many people are surprised to know that in the Gospel accounts, Jesus spoke more about money than He did Heaven. It seems fair to say, then, that God considers our handling of money and our attitude toward it to be very important. Money represents a person’s time and talents. In a very real sense it also represents opportunity and options. If handled in a godly way, money can be a huge blessing to the owner and to others as well.

Many of the world’s wealthiest people are finding joy and satisfaction in giving most of their money to worthy causes. They certainly can’t take it to the grave with them! Conversely, a wrong attitude toward wealth and the subsequent mishandling of money can lead to ruin and destruction. In writing to a young pastor named Timothy, the apostle Paul wrote this about money: “For the love of money is a root of all kinds of evil, for which some have strayed from the faith in their greediness, and pierced themselves through with many sorrows,” (1 Timothy 6:10, NKJV).

Many of the world’s wealthiest people are finding joy and satisfaction in giving most of their money to worthy causes.

It’s well documented that the failure to manage money effectively can cause big-time problems in marriage. Military marriages are no exception. As I reflect on my years in the Army, I can recall many counseling sessions with couples that focused on money problems. Let me relate one incident that stands out. A young paratrooper came to see me. He and his wife were having marriage difficulties, and according to him the problem centered on her inability to manage money.

When I asked for specifics, he responded with no hesitation. “Sir, my wife has bounced a few checks.” “Specialist, what do you mean by a ‘few checks?’ How many are we talking about?” “Sir, she has bounced eighty-eight checks to be exact.” I sat in amazement. But, the young man was upset. We agreed that his wife should make an appointment to come see me. When she arrived, she calmly admitted that she was not good with the checkbook and had bounced a lot of checks. Not surprisingly, we discovered that she didn’t have a clue as to how a checking system really worked. When I was able to sit down with the specialist and his wife together, we were able to work through the issues rather quickly. I made a referral to a debt counselor and the pair left the office with some clear direction for the future.

A wrong attitude toward wealth and the subsequent mishandling of money can lead to ruin and destruction.

Sound too crazy to be true? I not only assure you that this story is true, but that I could relate many more accounts that are equally as amazing. But I won’t. We need to talk about some things God says about money that go far beyond the technical workings of financial management. The issues to which I am referring relate more to the heart.

Parable of the Talents

Let us begin with the parable referenced in Matthew 25. Known as the Parable of the Talents, Jesus used this teaching to convey some powerful lessons about wealth. Wealth in this story could refer to money, skills, abilities, etc. Space doesn’t permit us to cover all of truths this parable teaches, but there are a few that deserve emphasis. Before we mention these, you might find it amusing to know that Martin Luther said something very profound about money and wealth. Talking about the spiritual life, he said there are really three conversions: the mind, the heart, and the purse.

As you know, becoming a Christian doesn’t mean we no longer sin or that we can’t be selfish. We do continue to sin and we still tend to be very selfish. The important difference for the Christian, though, is that Jesus died for our sins and now we no longer have to be a slave to sin. Through the power of the Holy Spirit, we are free to obey God and His Word, and that includes how we think about money and handle it in daily living.

I mention this because the biblical teachings found in this parable and throughout the Bible may seem like simple common sense. But don’t be a fool. These are spiritual truths that can only be learned by those with spiritual eyes to see and spiritual minds to understand and obey. And even for many Christians, they have not matured in their understanding of money and how to handle it. Putting it more directly, they have not learned to trust the Lord in this area of their lives.

Jesus died for our sins and now we no longer have to be a slave to sin.

Now, what does this parable teach about money? First and most importantly, the Lord owns it all. The man in the parable gave five talents of his money to one servant, two talents to another, and one talent to the third servant. His expectation was that each servant would manage the money properly and make the money produce more money. Not an unfair or unreasonable expectation. The man in the story represents God. Just as the man entrusted his servants with money to manage, the Lord does likewise with us. Notice he gave his servants differing amounts. God does that with us as well.

Consider how each of his servants responded to their master’s instructions. The one with five talents earned five more. The man was pleased and told him he would give that servant even greater responsibility. The servant with two talents earned two additional talents. The owner likewise commended him. But the servant who had been entrusted with one talent didn’t earn a dime. He buried the talent. I’d recommend you read the entire parable yourself to get the whole picture.

For now, it’s enough to know that the master was angry with the guy who had been given one talent. The man addressed this one as a “wicked, lazy servant.” Not only had this servant mismanaged the owner’s money, but he even had the gall to accuse God of being unfair and dishonest. The applied truth here is that we can be guilty of the same thing as we relate to God concerning issues of wealth and money.

The bottom line is that God expects us to manage the wealth He gives us in a responsible manner — not bury it. Some people erroneously believe that having lots of money is somehow wrong or evil. Not true! What’s evil is having a wrong attitude toward money and loving money more than God himself. It’s not the amount of money we have, but rather our attitude toward it and the way we manage it.

It’s not the amount of money we have, but rather our attitude toward it and the way we manage it.

Finally, it’s important to emphasize how the man rewarded each servant. The master commended the servant with five talents and promised to entrust him with more wealth to manage. He did the same for the servant who had earned two talents. But look at what happened to the servant that the man called wicked and lazy. Though this servant had only one talent, the man ordered that the one talent be taken from the servant and be given to the servant who had ten talents! We learn from this something about faithfulness. If we will be faithful and manage what God gives us in a responsible fashion, God will entrust us with more. It’s a spiritual principle, and it works.

If we will be faithful and manage what God gives us in a responsible fashion, God will entrust us with more.

Over the years, Judy and I have learned some additional truths about wealth and money. Let me list a few of them and provide a brief explanation: 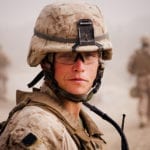 Whose Is It? Whose Are You? 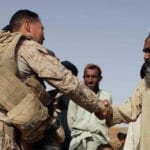 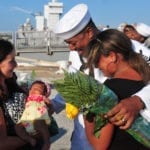 Where Is Your Treasure?