Having a Fruitful Life - The Warrior's Journey®
Skip to content

Having a Fruitful Life

Bringing joy to the sick. Photo by US Air Force is licensed under CC By 2.0

In 1985 the last living descendent of President Abraham Lincoln died at the age of 81. The man was Robert Lincoln Beckwith. His grandfather was Robert Todd Lincoln, the oldest and only surviving child of Abraham and Mary Lincoln’s four sons. If fruitfulness is based solely on the number of physical descendants one has, then Lincoln was not very fruitful. For his lineage has completely died out.

Another great figure who had no physical descendants is President George Washington. He had no children of his own. Even his step children (a boy, Jackie and a girl, Patsy) preceded Washington in death. Washington passed his hereditary greatness on to no one. Genetically speaking, Washington was a dead end.

I suppose nearly every couple hopes for a “quiver-full” of children – children of their own who will carry their own genetic make-up and carry on the family name, children who will fulfill their own hopes and aspirations. But this is not always possible. A variety of reasons may conspire to keep a couple childless. However, the couple can still fill their emptiness by investing themselves in the lives of others and thereby creating a legacy of goodness, greatness, and love.

Amy Carmichael (1857-1951) was a Protestant missionary to India. She never had a family of her own, but her efforts saved thousands of girls from lives of prostitution. They became her family and her children.

Gladys Aylward was another such missionary, to China, who never married or had children of her own. Yet she saved thousands of girls from the crippling “foot binding” of that time and place, and saved the lives of hundreds of orphans during the Japanese invasion.

Theodore Seuss Giesel (Dr. Seuss) died childless as well. But look at the legacy of children’s books he left behind – books that have influenced millions of children.

Laura Ingalls Wilder (author of The Little House on the Prairie series) had one surviving daughter, Rose, whose only child died shortly after birth, ending the lineage of Almonzo and Laura Wilder forever. Yet her literary legacy has influenced thousands.

Wolfgang Amadeus Mozart had two sons, but neither married or had children. His lineage of musical genius died out as well, but his music has proved eternal and is beloved by millions, even today.

God has many ways of establishing your legacy.

The fact is that all of us can leave a lasting impact for good on our world by giving to and serving our fellow human beings. Raising a family is God’s primary way of doing this. But God has many other ways of establishing a legacy for good through us. Perhaps this is what the prophet Isaiah had in mind when he wrote, “Sing, barren woman, you who never bore a child; burst into song, shout for joy, you who were never in labor; because more are the children of the desolate woman than of her who has a husband,” says the Lord” (Isaiah 54:1). If our heart’s desire seems to be denied, perhaps God has something else in mind for us. When God closes one door, He opens another. Hopefully our hearts and eyes are open to see and respond to it.

Dear Father in heaven, please make my life fruitful and a blessing to others – in ways of Your own choosing. Amen. 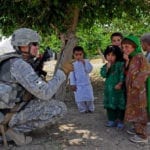 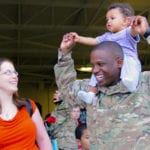 Do Your Best on the Home Front Too