Doggles for military working dog. Photo by The U.S. Army is licensed under CC By 2.0

Emma finished the 50-meter course in just six seconds. That’s an impressive time, considering the last place pug took 40 seconds to cover the same distance. In fact, Emma’s breakneck pace was so fast that she’s earned a nickname. Naming Emma as “the Usain Bolt of pug racing,” the fans are referencing the world’s fastest sprinter.

Around the same time this article appeared, the Ripley’s Believe It or Not website reported another significant fact. Baby reindeer are capable of out-running Usain Bolt on the day of their birth. The Jamaican sprinter is very fast for a human being, but not so swift when compared to baby reindeer, cheetahs, and peregrine falcons. Obviously, things like physical speed and strength are all relative. Emma can swagger about in the company of other pugs. But in a crowd of greyhounds her performance—not to mention her appearance—is laughable. 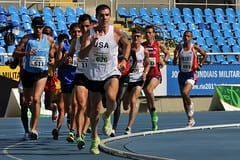 I wish human beings could come to grips with this. Our forte and redeeming quality does not lie in our physical performance. Physically, human beings are mediocre, at best, when compared with the rest of the animal kingdom. We have Olympic Games in which we celebrate the exceptional physical performance of athletes. We also have the Special Olympics for people who are disabled. But, in truth, all Olympics are special olympics. For, compared to any animal the same size and weight, humans are disabled. We simply cannot compete with them. We must use tools and weapons to survive in a world they dominate.

Yet humans are capable of many things which animals are not. Compared to animals human beings are “off the scale” when it comes to intelligence, creativity, compassion, empathy, and wisdom. Only humans can look at themselves and their world and ponder their origins. And only human beings are capable of having a personal, one-on-one relationship with their Creator.

Why don’t we major in the traits and activities in which we excel? Why do we make animals the standard by which humans should be measured? And why do we scorn our own abilities of compassion, empathy, and wisdom? They are the strengths which set us high above all living things. Why do we neglect our ability to know God intimately, when He created us for that very purpose?

God made us with those attribute that He Himself values. He created us to know Him personally. He desired us to know and love Him. This is so important to God that He bankrupt heaven to reconcile us to Himself. God so loved the world that He gave His one and only Son to bear our sins and judgments on the cross, that we might spend eternity with Him (John 3:16). And God created us with a yearning that only He Himself can fulfill. The Scriptures state that “He has set eternity in our hearts” (Eccl. 3:11). We hunger for the eternal God and only He can satisfy us.

Dear Father in heaven, please grant that I will glory in my humanity and in those God-given attributes that reflect Your own character, love, and holiness. Amen. 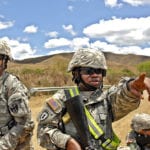 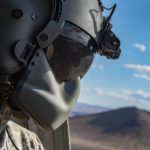 Don’t Be a Guinea Pig