No Pain, No Gain - The Warrior's Journey®
Skip to content

No Pain, No Gain

Heave, Ho!. Photo by Marines is licensed under CC By 2.0

Have you ever asked yourself, “Why is life so hard? Why do most things worth having in life seem to come at such cost?” There’s no simple answer, but it’s true: life is hard, and the Christian life is hard, too.

“… who, in the days of His flesh, when He had offered up prayers and supplications, with vehement cries and tears to Him who was able to save Him from death, and was heard because of His godly fear, though He was a Son, yet He learned obedience by the things which He suffered. And having been perfected, He became the author of eternal salvation to all who obey Him” (Hebrews 5:7-9, NKJV).

But is this bad news? Not if you have the right perspective. As we see in the above passage, Jesus the Son of God had to suffer great pain to learn obedience and follow His Father’s will. Throughout His earthly life, Jesus experienced one trial after another, one hurt after another, and one rejection after another. This High Priest knew all about what it means to be human.

Was it worth it? Jesus certainly believed it was. He submitted to His Father and went to the Cross. He became the author of eternal salvation. But in God’s master plan, it required that His Son suffer to produce the necessary obedience. He subjected His Son to a kind of suffering we will never fully comprehend this side of heaven. Nothing less would have produced in Jesus what He needed to do His Father’s will.

Have you ever heard a drill instructor apologize to a trainee for the hardship and suffering required to pass boot camp? Or a Delta or SEAL instructor back down from requiring candidates to endure the pain and challenges required for graduation? No. And you never will because those battle-hardened professionals know what it takes to mold warriors who can fight and win on the battlefield. Nothing less will work.

Our Heavenly Commander knows you inside and out. He created you, but the process isn’t over. During this life, He continues to transform you into the image of His Son, Jesus Christ. He’s developing your full potential. This process requires a rigorous training plan that includes many hard experiences and much suffering along the way. Take heart, warrior! The results will be well worth it in this life and in the one to come. 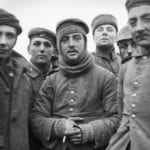 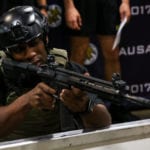 HIDDEN WISDOM IN MAKING A CAKE