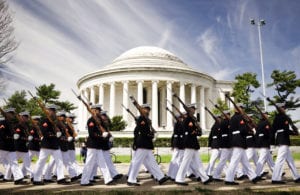 America is only days away from critically important national, state, and local elections. These elections will chart the direction of our nation for years to come. Why? Because the respective platforms of the Democratic and Republican parties display stark contrasts.

It’s essential to recognize the importance of evaluating the Republican and Democratic platforms, not just the candidates themselves. Whether you’re voting for your local mayor or the president of the United States, that decision should not come down to a personality or popularity contest. Rather, the stated policies the candidates tell us they will follow are the true litmus test.

If we believe the Bible is trustworthy and a source of life wisdom, it makes sense to look at an election through a scriptural lens. That takes discernment. While the rightness or wrongness of one issue may be clear from Scripture, others are not so straightforward. There is huge debate about issues like the economy, national defense, gun control, and illegal immigration, and good people on opposite sides of the issue differ in their opinion. I don’t believe that the Bible provides clear evidence that would end the debate on any of these issues.

But I am absolutely convinced clear biblical truth strongly applies to two of the most hotly contested issues in this election: 1) abortion and marriage/family, and 2) the rule of law.

The Republican platform takes a pro-life stance. The Democratic platform advocates the woman’s right to choose and views the choice of an abortion as equally valid as the choice to give birth to a child.

Regarding marriage and family, Republicans believe that marriage is between one man and one woman, and that the institution of marriage should continue as it has throughout history. They also believe that the rearing of children should be along the lines of traditional values. Democrats believe a person should marry the “individual they love” and that the “traditional” family is as flexible as whatever people decide.

Scripture is very clear on these issues. Life begins at conception, and abortion is murder (see Psalm 139:13-16 and Jeremiah 1:4,5). Marriage is between one man and one woman (see Genesis 2:24 and Matthew 19:5). Marriage and family are the foundational building blocks of American society. A Democratic victory will continue to erode marriage and family in substantial ways.

During the past several years, the continuing crises of the pandemic, high-profile law enforcement controversies, and strained relations between different racial communities has brought a rapid uptick in social violence across our country. No sane person supports racism, and peaceful protesting is not only legal under our laws but can be a thoughtful and effective response to injustice. Rioting, looting, and destruction of property, on the other hand, are simply crime sprees among the masses. At stake in this election is the future direction of law enforcement and whether or not American citizens will enjoy lives of peace and safety — a responsibility of government.

Scripture is clear on the need to submit to the established authorities. This would certainly include the requirement for people to obey the men and women who work in law enforcement.

Let every person be subject to the governing authorities. For there is no authority except from God, and those that exist have been instituted by God. Therefore, whoever resists the authorities resists what God has appointed, and those who resist will incur judgment (Romans 13:1,2, ESV). 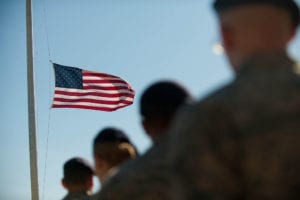 America can’t be a civilized society without the rule of law. No one, even leaders in law enforcement, claim that all law enforcement is carried out perfectly. There needs to be an openness to change and new ways to enforce the law in the most effective manner possible. However, our country must not tolerate groups that openly express their hatred of America and are working hard to tear it down.

I can’t remember an election in my lifetime that more clearly contrasts the stated goals and policies of the two political parties. The battle lines are drawn, and the people will decide. Each of us must commit to becoming as informed as possible about the issues. Each of us must pray about how we will vote. Determine that you will exercise your right and responsibility to cast your vote in this year’s elections.