Re-Bonding With Those We Love

Happy to be home. Photo by The U.S. Army is licensed under CC By 2.0 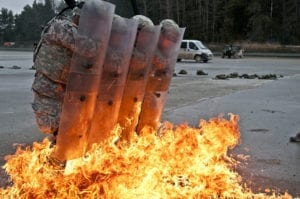 He extended his empire to include all of Cappadocia, Paphlagonia, and the Black Sea coast beyond the Caucasus. Rome viewed this expansion as a threat and eventually attacked his kingdom.

Yet Mithradates’ greatest fear was not the Romans, but assassination. He so greatly feared assassination by poisoning that he self-administered poisons of every kind. Through a systematic increasing of the doses he made himself immune to most known poisons.

Ironically, upon defeat after the Romans cornered him, he tried to commit suicide by poison, only to find that it had no effect. His efforts to protect himself from hurt became his undoing and cut off his escape from the pain of the sword.[i]

There is a similar dynamic between Mithradates’ fate and the typical human effort to protect oneself from hurt. People hurt us, reject us, disappoint us, and let us down. Thus, we tend to withdraw from them and isolate ourselves, vowing we will never be vulnerable again.

But a painful loneliness results from our efforts to escape pain.

Our protection against being hurt is our own undoing causing us an even greater pain.

This occurs in the military like nowhere else. The frequent deployments and family upheavals force most soldiers through an emotional meat grinder. In an effort to escape the pain of separation as an impending deployment looms on the horizon, soldiers typically detach themselves emotionally from their spouses and loved ones. 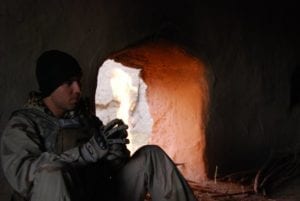 Even worse, after redeployment, they resist re-bonding emotionally with their families lest they make themselves vulnerable to getting hurt all over again. But we cannot cut ourselves off forever from those who love us.

If we do, a painful loneliness will be our fate. It behooves us all to prepare for reunion now: to correspond, call, communicate and reconcile with our families – rebuilding the bridge between us and our spouses who have pledged to be faithful to us unto death.

Dear God, soften my heart toward those who love me and help me not to shut them out of my life. Restore the emotional bond between me and my spouse and my children. Amen.

[i] Information from Isaac Asimov’s Book of Facts 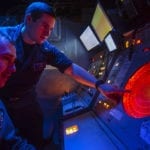 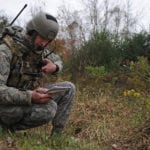 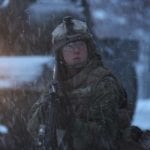