SWALLOWING WHAT KILLS US - The Warrior's Journey®
Skip to content

The other day I heard a loud scream from our chicken coop while my wife was gathering eggs.  No dead bodies were discovered.  But my wife did find a black rat snake in one of the nests.

When we pulled the intruder from the coop we noticed the telltale signs of his mischief.  There was a big bulge in his stomach.  My wife’s first concerns were over her new chicks – that the snake might have swallowed one.  But upon inspection, all chicks were present and accounted for.

He had obviously swallowed an egg.  But why was an easily-breakable egg still making such a bulge in his stomach?

Well, we scanned the chicken coop again and realized that one of the ceramic “dummy eggs” was missing.  The snake swallowed it.  My wife uses dummy eggs to show the chickens where to lay.  Yes, chickens require such instruction.  Otherwise they’ll all lay their eggs just about anywhere.

Unfortunately for the snake, he swallowed something which can never satisfy his hunger and will condemn him to an agonizing death.  The snake can’t crush, digest, or regurgitate the ceramic egg.  Nor can he eat anything else while it remains lodged in his body.

Luckily for this snake, my youngest son came to the rescue.  He did some web research on how to dislodge such obstructions.  Using his hands, he gently worked the lump back up the snake’s throat and out his mouth.  It worked.  Though it was certainly unpleasant for the snake, it saved his life.

When I see all the pain there is in our world I’m convinced that the devil has gotten us to swallow something that’s bound to kill us – his lies.  Driven by our hunger, we’ve swallowed something that will never satisfy us.  In fact, it will condemn us to an agonizing death – unless we regurgitate it from our system and our thoughts.  He’s fed us the lie that there is no God.  And we’ve swallowed it, despite the insurmountable evidence to the contrary.  He’s fed us the lie that we’re nothing but the result of random mutations and natural selection, that we’re of no greater importance than pond scum.  So we mutilate our bodies, kill our own offspring, and plan the destruction of those we deem a burden to society.  He’s fed us the lie that we’re all out to hurt and overthrow each other.  And he’s certainly had many accomplices in our media to fan the flames of fear and hatred.

There may be an initial pleasure in putting something so juicy in our mouths.  But once we swallow his lies we’re bound to get terribly heart sick.

But Satan’s lie is no ceramic egg.  It’s more like a deadly radioactive isotope.  It will consume us from the inside.  We’ll self-destruct on the fear, hatred, and bigotry Satan has fed us.

Ask yourself, how does it feel to harbor anger, resentment, and hatred?  Does it bring you joy?  Does it make you a better person?  How does it feel to be consumed by fear. Are you sleeping better at night?  And, how has life gone for you since you started blaming other people for all your problems?  Is it helping you succeed in life?

No.  Only misery and death come by swallowing Satan’s lies.  Harboring hatred and resentment excludes us from God’s mercy and forgiveness (Matthew 18:21-35).  What else should we expect from the one Jesus said was a liar and murderer since creation (John 8:44)?

We need to vomit those lies from our thinking.  As the Jedi master Yoda once told his pupil, “You must unlearn what you have learned.”  We need to replace the devil’s poison with the liberating and life-giving truth of God’s word (Colossians 3:16).  God promises to deliver us from the domain of darkness and transfer us to the kingdom of His beloved Son (Colossians 1:13).  Let Him deliver you from Satan’s poisonous and painful lies and fill you with the light of His word.

PRAYER:  Dear Father in heaven, open my eyes that I may see things as they really are.  Deliver me from Satan’s domain of darkness and transfer me into Your kingdom of light.  Heal my wounded heart and fill me with Your love, joy, and peace.  And make me an instrument of Your blessing and healing in the lives of others.  Through Jesus Christ, Amen. 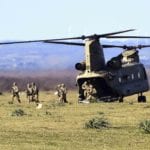 THE WIND OF THIS WORLD 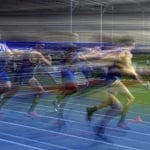