Sailor practices boxing in the hangar bay aboard USS George H.W. Bush. Photo by The U.S. Navy is licensed under CC By 2.0

There is hidden wisdom in an unlikely place—in the 1951 movie, Abbott and Costello Meet the Invisible Man. In this comedy, Bud Abbott and Lou Costello play two bumbling detectives. They try to help a professional boxer, Tommy Nelson (Arthur Franz), wrongly accused of killing his manager. The real murderer is a corrupt boxing official and crime boss, Boots Morgan (Sheldon Leonard).

In their investigation detectives Abbott and Costello discover a vial of serum in a laboratory. The serum has the power to turn a person invisible. Tommy Nelson gets the idea of injecting himself to avoid the police as well as to trap crime boss Morgan. To infiltrate the boxing world, Costello poses as “the new up and coming contender”—with a whole lot of help from Nelson.

The fight scenes are funny but hardly believable. Lou Costello’s pudgy profile is the antithesis of a fighter’s physique. Yet, with his invisible companion by his side, the short and plump Costello hammers one opponent after another. Others comment that he moves with “such incredible speed” that his blows look like “phantom punches.” And that is exactly what they are. Nelson is the real power behind the little man. The little guy’s punches rarely connect, but it doesn’t matter. The invisible power-puncher is at his side, doing the real damage to Costello’s opponents. The invisible heavy-hitter, Tommy Nelson, creates the illusion that Costello is a dangerous fighter, with fists of fury and blinding speed. But it’s all illusion. Without his invisible partner he wouldn’t stand a chance.

We live with the same illusion. Unbroken success in our many tasks leads us to believe that we can handle things just fine by ourselves. But our self-sufficiency makes us very weak in faith. It leaves us wholly unprepared to face the emotional, moral, and spiritual conflict pitted against our souls. We are, all of us, very much like Lou Costello trying to survive in the ring and we badly need the unseen presence and power of Jesus. But don’t worry. The Bible tells us, “the battle is not yours, but God’s” (2 Chron. 20:15) and “the Lord himself will fight for you” (Exod. 14:14).

God will empower us, make us equal to the task, and grant us success in our work if we turn to Him for strength and wisdom.

The Lord is in the arena with us. He will empower us, make us equal to the task, and grant us success in our work if we turn to Him for strength and wisdom. And when credit and praise is lavished upon us for being so good at our job, we will pass the praise on to God to whom it truly belongs.

Dear Father in heaven, please help me with the challenges I face. Fill me and empower me with Your Holy Spirit. Lift me above all human limitations and make me more than equal to the task with which You’ve honored me. Amen. 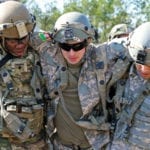 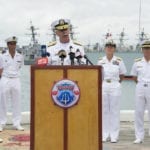 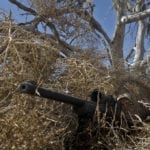