Those Painful Delays - The Warrior's Journey®
Skip to content

Marines install a wall frame. Photo by The U.S. Marines is licensed under CC By 2.0

In 1155 the northeastern coastal city of Venice celebrated the completion of its bell tower, the Campanile (a free-standing tower) of the San Marco Basilica. On the opposite coast was the city of Pisa. It had no bell tower and did not wish to be outdone by its rival city. So in 1173 builders in Pisa began construction on a bell tower of its own beside its city cathedral.

The plan included an eight-story tower, 184-feet tall and 52-feet wide, with 200 columns and seven bells at its top.

But trouble began almost immediately. The soil beneath its foundation was far too soft and spongy, composed mostly of sand and water-logged clay. Before the first story was completed the structure began to tilt to the north. Instead of starting over, builders compensated by making its south side taller and its north side shorter. They did the same with the second and third stories. 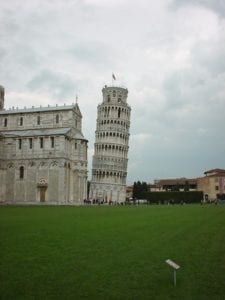 Then the project came to an abrupt halt – and remained shelved for nearly a century! This agonizing delay resulted from Pisa’s political unrest and recurring wars with Genoa, Lucca, and Florence. But the long waiting period had a profound positive effect. It gave the tower’s base time to settle and its subsoil to consolidate and harden. In fact, historians on the “Leaning Tower” universally agree that if the project had not gone through this period of dormancy, it would have toppled long ago.

Construction resumed in 1270 and the builders added three more stories. But this additional weight caused the tower to tilt in the opposite direction – to the south, the direction it leans today.

In 1284 the project came to another long halt after Pisa was defeated by Genoa in the Battle of Meloria. Again this gave the building time to settle into its subsoil.

Finally, by 1372, nearly 200 years after it began, the tower’s seventh story and belfry were complete.

Yes, with its 4-degree angle tilt and all its built-in attempts to correct its leaning to the north, then to the south, the Leaning Tower of Pisa is a flawed structure. But for all its flaws it still stands – which is more than can be said for its “perfect” rival – Venice’s Tower of the San Marco Basilica. That tower collapsed more than 100 years ago.

You see. Those long delays imposed upon the Tower’s construction actually preserved. The torturous delays ensured its survival to the present time, more than 800 years later.

Because we define success in terms of how fast we rise as well as how high we rise, we look at delays and dormancy as failures. When the pursuit of our goals is frustrated, we curse the detours and delays and spout, “I’m losing time!”

God has a very good purpose for the detours and delays in our lives. Although the shortest distance between two points is a straight line, God is never interested in taking us on short cuts.

Consider Moses, who at the age of 40 was bristling with confidence and eager to lead Israel out of slavery. But God allowed a 40-year delay in Moses’ plans – until God had made him the humblest man on the face of the earth.

Think of the shepherd boy, David. When he was still a teenager the Prophet Samuel anointed him King over Israel. Then the Spirit of God departed from King Saul and came upon David instead. But did that make David equipped and ready to do the job of ruling Israel? No.

God allowed a 10- to 15-year delay in David’s life. David would pole vault to stardom and the throne, as Saul had. That was Saul’s undoing. Being totally unprepared for the pressures of the throne, he quickly crumbled. But God would do something different in David’s life. God would fashion David into a man of faith and a man after God’s own heart through years of hardship and adversity.

If your pursuit after God’s will becomes frustrated by delays and roadblocks, don’t be disheartened. Significant growth is taking place during those periods of “dormancy.” God is preparing you and fortifying you for some future great work.

Dear Lord, I entrust my life and future into Your almighty and all-loving hands. Be my guide and direct my steps. When I cannot see any progress in my pursuit to do Your will, help me to persevere and walk by faith and not by sight. Amen. 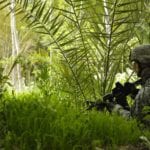 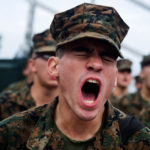 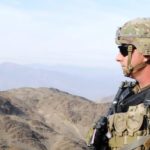