All Secure. Photo by Coast Guard is licensed under CC By 2.0

In 2014 the BBC reported the story from China of He Liang Cai’s invention of the motorized suitcase.

The motor in this suitcase does not help it to open & close on its own or merely make it easier to drag along. No, this is a “riding” suitcase.  Powered by an electric motor it can propel itself for distances of 37 miles at a speed of 12 MPH. This suitcase not only carries the traveler’s clothes it carries the traveler. The suitcase can carry you from a distant parking lot all the way to the airport terminal. Or even further if necessary. Its inventor has turned a toilsome burden into a blessing and made it into a vehicle to propel him forward.

And isn’t this what we can do with all the burdens of this of life? Now to young Soldiers viewing their enlistment in the Army as a prison sentence, we’d encourage you to make the commitment work. You can do this by taking college courses, developing your leadership and organizational skills, or learn new languages, and enroll in vocational training courses.

People who are saddled with work and family responsibilities can console themselves. God uses those very setbacks and delays forge them into men and women of character. The very disappointments they suffer in life become God’s method of arming them with the virtues of perseverance, faithfulness, love, and purity.

God used this method to develop the patriarch Joseph. He would go on to become the Prime Minister of Egypt (Genesis 37-50)? So the injustices, rejection, and disappoint he faced through years of slavery and imprisonment tempered his mettle and cultivated the faithfulness and wisdom he’d need to become the savior of the inhabited world.

Yet none of Joseph’s afflictions would have done him any good unless he had remained faithful to God. Joseph kept the responsibilities God gave him. By keeping faith with God while under fire, Joseph caused his troubles to work for him and to ultimately become the vehicle for bringing him to the throne of Egypt.

In the years that followed the Psalms would look back and speak of Joseph, saying:

“God called for a famine on the land of Canaan, cutting off its food supply, He sent someone to Egypt ahead of them—Joseph, who was sold as a slave. The Egyptians bruised his feet with fetters and placed his neck in an iron collar. Until the time came to fulfill his dreams, the Lord tested Joseph’s character. Then Pharaoh sent for him and set him free; the ruler of the nation opened his prison door. Joseph was placed in charge of all the king’s household. He became ruler over all the king’s possessions. He instructed the king’s aides as he pleased and taught the king’s advisers” (Psalm 105:16-22).

Finally if you feel trapped in an undesirable job or saddled with family responsibilities, do not despair. Don’t view these things as obstacles. God has ordained them and will use them to prepare you for something greater in the future. Be faithful to God and the work He’s given you. Otherwise the adversities of life will grind you down. Again, trust in God who controls the events of your life. Place your life in His almighty and loving hands.

Dear Father in heaven, I place myself and the circumstances of my life in Your capable hands. Please cultivate faithfulness in my life. Forge in me a Christ-like character that I might be a useful vessel in Your service. Amen. 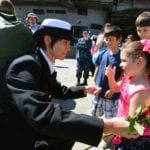 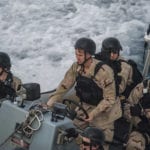 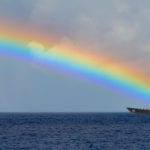