On August 4, 2020, NPR reported on the rescue of three Micronesian fishermen who’d been missing since July 29. When their skiff ran out of fuel, the three men drifted far off course. Fortunately, their boat washed ashore on a tiny speck of land, Pikelot Island. This island, however, had no fresh water source. Their only option for survival was to break open coconuts for the liquid they contained, and hope their makeshift SOS symbol was found.

Their absence wasn’t reported until July 31. That’s when aircraft from the Australian Defense Force and U.S. Military began searching for them. But it wasn’t until one of the furthest searching helicopters, on the last leg of its search, spotted their tiny island. The Australian helicopter crew turned to take a closer look and saw the letters SOS etched in the sand. The Australians, and another U.S. Coast Guard helicopter crew, were only able to leave water, food, a radio and medical supplies for the stranded fishermen. But they did contact a coast guard boat in the area who picked up the castaways the next day. The FSS Independence (a Micronesian patrol boat) brought them back to their homes in Pulap, Chuuk of the Federated States of Micronesia.

What makes this story somewhat mysterious is that the Australian helicopter pilots who discovered these men very nearly missed them altogether. The crew explained that, a small storm had forced them well beyond the sector of their appointed search. It was only because of this forced diversion – at the very end of their search – that they found the stranded men.

I once read a story about a wealthy Swiss banker in the 19th Century. His name was Henri Dunant, and the Swiss government sent him on a mission to Paris to map out a financial deal with Napoleon III. The trip, however, was diverted to Solferino, Italy, where Napoleon was fighting against Austria. But a wrong turn brought Dunant right in the middle of the battlefield. There the sight of human bodies being blown apart shocked his sensitive nature. He was so appalled by the carnage of battle that he stayed on site for weeks to help doctors care for the wounded in nearby barns and churches. 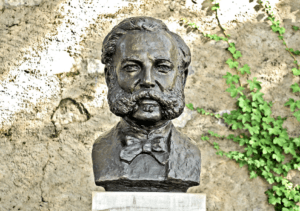 Despite his efforts to remain on the nurturing side of war, his mind could not shake the horrific sights of battle, which haunted him for years. The experience affected his mind so drastically, that Durant had to drop out of the banking business. Though he struggled with anxiety and depression due to these years of mental turmoil, Henri Dunant began to sense the sovereignty of God throughout this troubling experience. He wrote: “I was aware of an intuition, vague and yet profound, that [this was] God’s Will; it seemed to me that I had [something] to accomplish…as a sacred duty and that it was destined to have fruits of infinite consequence for mankind.”

Dunant’s hunch was right. God used his painful experience to lead him to fund the Red Cross, “which has saved millions and millions of lives and given aid to countless victims of war and disaster over the years. For establishing this organization, he received the first Nobel Peace Prize (1901).”

Poet Edith Lillian Young wisely wrote, “Disappointment is His appointment.” The wrong turns, the diversions, and the setbacks which God allows in our lives can always be used for divine purpose. That purpose is probably not for our comfort and convenience, but for the good of humanity and the Kingdom of God. This is the ultimate “good” for which God orchestrates all things – both the pleasant and the bitter (Romans 8:28).

Dear Father in heaven, when adverse circumstances disrupt my plans and frustrate my efforts, please help me sense Your presence and sovereignty. Help me to see the miracles You are performing – both for my eternal good and for the good of humanity and Your Heavenly Kingdom. Amen.

(Information from: https://www.npr.org/2020/08/04/899190239/stranded-mariners-rescued-from-island-in-micronesia-thanks-to-sos-etched-in-sand; Victor D. Pentz,
And the sermon “A Hobo's Heart: How Wrong Roads Often Lead to the Right Places.” https://en.wikipedia.org/wiki/Henry_Dunant) 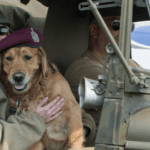 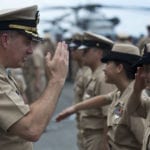 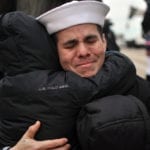