Final Farewell. Photo by The U.S. Army is licensed under CC By 2.0

Warriors returning home need many things, but none is more important than being at peace with their Maker. Tears streamed down his face as the soldier related his story. It was a story of violence, confusion, pain, death, and ‘what if’s.’ A fellow soldier had died from the IED (Improvised Explosive Device) blast. The man across from me was agonizing over the ‘what if’s.’

“Blessed is he whose transgressions are forgiven, whose sins are covered” (Psalm 32:1, NKJV).

Although the enemy had planted the IED, somehow he felt responsible. In his mind, he should have spotted the bomb; he should have warned the driver…Somehow, according to his thinking, he could have prevented the entire disaster if he had been more alert. I couldn’t legitimately talk the soldier out of feeling guilty. I wasn’t there. But I could remind him of our merciful God who forgives and purifies. We prayed. A wonderful calm came over this soldier.

He sensed God’s forgiveness and seemed to have new hope and perspective on the event. I could tell that an important need had been met. Not by me, but by the Lord. As Psalm 32:1 tells us, “Blessed are those whose transgressions are forgiven.” 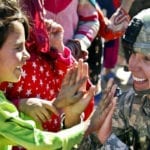 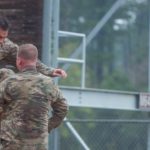 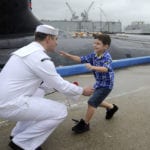