What a View!. Photo by Marines is licensed under CC By 2.0

Every warrior needs hope, especially when times are tough. In 1985, I was Chaplain for the 82nd Signal Battalion, and we were doing a tough PT run. The run was of unknown distance. The Battalion Commander wanted to see how mentally tough we were. About five miles into the run we entered an area known as the “Clay Pits”, a wide open area with a giant pit about a quarter mile in diameter. As soldiers grew more tired, the unit stretched out for hundreds of yards as we circled the perimeter of the pit. Soldiers began to drop out. Not knowing where the finish line was, many had psyched themselves out and quit. But then an amazing thing happened.

Soldiers throughout the formation looked across the clay pits to the head of the formation. A Marine with one arm was still running strong. His name was LT Clebe McClary. Inspired by this wounded Vietnam veteran, warriors now ran with hope. And that is God’s plan for you-hope and a future. 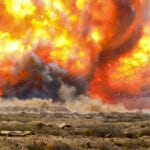 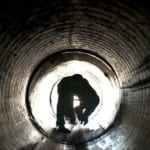 Left On The Shelf 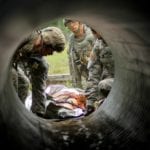