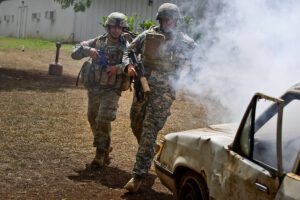 As hurricanes go, Hurricane Ida was a heavy hitter. When the Category 4 storm hit Louisiana on August 30, 2021, its intensity was second only to Hurricane Katrina. But for most of the Eastern United States it was the rain, not the winds (which peaked at 150 MPH winds) that brought so much devastation. Flooding occurred throughout the East, all the way north through Philadelphia, New York, and Boston.

In New York City, people had never seen such flooding. An average of 3.15 inches of rain fell every hour and completely overwhelmed the city’s sewer system. Hundreds of motorists were left stranded in their stalled cars from the high-water levels. Damages to the city surpassed $50 million.

But, as strange as it may sound, this disaster has had a silver lining. For the torrential floods nearly annihilated one of NYC’s most persistent problems. The floods flushed most of its rat population from the sewers and drowned them. In the days following the storm, these disease-spreaders began washing up dead everywhere, mostly on shorelines around the city.

NYC makes no effort to track its rat population. They’re simply too numerous to count, but ‘guesstimates’ place them in the tens of millions. But the devastating storm gave NYC relief from the rats, a feast for scavengers, and a field day for predators. In Central Park, blue herons were seen swallowing rats whole.

I realize there are rat-lovers out there, so please forgive me for portraying rats as villains. But remember, rats spread the plague which killed nearly half the people of Europe during the Middle Ages. Historically, rats have been a serious problem.

Yet, there’s another aspect to this story. It’s true that Hurricane Ida nearly wiped-out NYC’s rat population. But in the hours during and immediately after the storm, there was a spike in calls to the 311 Citywide hotline – from people complaining of rats. These were the surviving rats who were able to flee the sewers. They were escaping to higher ground and intruding into people’s homes and businesses.

To these people, the flood wasn’t curing the rat problem. It was making it far worse. This, of course, was completely misleading. The floods did not bring about a rat victory, but a decisive defeat. 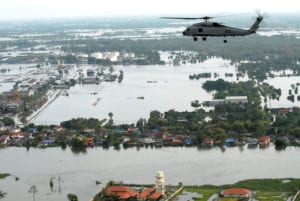 This parallels something in the spiritual realm, regarding the way God deals with the problems in our lives. Often times what seems to be a calamity is, in fact, a great blessing. What looks like a heart-breaking defeat is a stunning victory. Very often God disguises his greatest redemptive works as tragedy and defeat.

Consider the patriarch, Judah, the son of Jacob. In his younger days, the jealous Judah convinced his brothers to sell their younger sibling, Joseph, into slavery (Genesis 37:26-28). This betrayal brought untold grief to his father – as did his marriage to a Canaanite woman (1 Chronicles 2:3).

God used some painful circumstances to humble and soften Judah. The first was the deaths of his two wicked sons. The second was his own moral failure. He impregnated his own daughter-in-law and was publicly shamed for it. God used grief, dishonor, and shame for a redemptive purpose. God used it to teach Judah humility and compassion.

After these calamities, a transformed Judah would offer his life to save that of his younger brother, Benjamin (Genesis 44:18-34). Calamity, in the hands of the Lord, had removed evil from his heart.

Think also of the kingdom that bears Judah’s name. The people of the Kingdom of Judah would yield to idolatry for nearly a thousand years. It was this persistent sin that ultimately brought God’s judgment upon them. God sent the Babylonian army to destroy Jerusalem, Judah’s capital, and deport its people to Babylon. It was the most traumatic event in the history of the Jews at that time.

This judgment became redemptive in the hands of God. For it succeeded in forever removing idolatry from His people. Never again, after a thousand years of worshipping idols, would the Jews turn to idolatry. In the hands of the Lord, this calamity cured them of that terrible sin (2 Chronicles 36:9-23).

Can’t God do the same with the calamities which He allows to befall us? Won’t He bring about some great redemptive work in our lives through the tragedies we suffer? He most certainly will. God will accomplish our ultimate redemption through tribulation and calamity (Romans 5:3-5; James 1:2-4).

“But the tragedy in my life is utterly irredeemable. It’s done nothing but embitter my soul. My bitter grief has only driven me away from God. It’s made my soul worse than ever.”

Yes, it’s true that the tribulation and calamity of your life has had the initial effect of wounding and embittering you. This has happened to countless saints before you. But every one of them would go on to testify that “Jesus has done all things well” in their lives (Mark 7:37). They testify that “the sufferings of this present life are not worth comparing to the glory that will be revealed to us” in heaven (Romans 8:18). Though God will allow life to wound us, He will bring ultimate healing and triumph through our pain.

Remember those New Yorkers, who first believed that the floods had worsened the rat problem? But it only seemed like things were getting worse. In reality, those floods were flushing the rats away from their city en masse (in a group). In the days that followed, the millions of rat carcasses would reveal the truth. 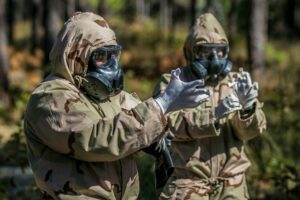 It’s often the same with Jesus’ followers. While God is fixing the problems in us, things may seem to worsen rather than improve. This is especially true when God uses a crisis to cure us. For the stress and anxiety which crises bring exposes our hidden flaws. As the flood waters drove the rats above ground, an unseen problem became more visible. So, it is when stress fills our lives – the hidden issues within rise to the surface so we can identify them, acknowledge them, and seek God’s help to overcome them. So, don’t lose heart for yourself. God is doing a very good work in you.

Nor should you lose heart for your marriage.  Marriage counselors will attest to this, that often the immediate result of marriage counseling is a spike in marital conflict. This is because, in the counseling session, old wounds might be opened, grievances voiced, and the delicate balance of the marriage has been disturbed.  This can all lead to an escalation of conflict, but don’t be alarmed. Corrective surgery is a bloody affair and renovation is a messy business, but they end in a desirable outcome.

Nor should you lose heart for America. Yes, the godless and wicked of our society never cease in their evil schemes to bring down our nation. But keep praying to God for America’s redemption and deliverance from evil. For, though “the wicked rage” and seem to grow more threatening, all their noise may only reflect desperation and fear. For God is causing their wicked agenda to fail and their schemes to backfire (Psalm 2:1-12; 37:12-15; 46:1-11).  To us, it looks like things are getting far worse. But God knows differently. The scurrying rats are in a panic. For God is about to answer the prayers of His saints, “Thy kingdom come. Thy will be done on earth as it is in heaven.”

PRAYERS:  Dear Father in heaven, I trust in Your power, wisdom, and love to bring about the best possible good from all the tribulation that engulfs me. I join with the rest of Your people and pray, “May Your kingdom come, and may Your will be done on earth as it is in heaven.”  As You have promised, may Christ be exalted in the earth. In Jesus’ holy name I pray, Amen. 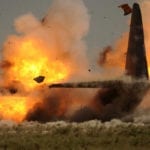 When Life Falls To Pieces 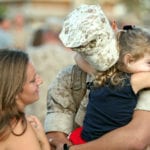 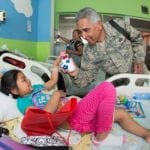 Having a Fruitful Life