When We Fail The Test - The Warrior's Journey®
Skip to content

When We Fail The Test

USS Kearsarge (LHD 3) transits the Caribbean Sea. Photo by The US Navy is licensed under CC By 2.0

This yacht’s original purpose was to teach officers in the German Navy basic sailing skills. Richard refused to disclose how much he paid for the old boat, nor how much he invested in its restoration to make it seaworthy—only that it amounts to tens of thousands of dollars.

But Richard could not hide the amount of time and effort he devoted to the ragged relic. For five years the 75-year-old retiree worked eight hours per day and five days per week replacing its rotting wood, fiberglass hull, rusted tackle, and installing up to date navigation equipment. He kept the yacht at his sawmill to keep costs down but still spent a hefty sum restoring it to its former glory.

Finally, in 2017 Richard and his two sons towed it to a harbor on the North Sea and lowered it into the water. Within a matter of minutes Richard’s “baby” took on water and began to sink. Richard was standing on deck as the yacht’s keel hit the bottom of the harbor, water rushed over its top, and its hull leaned against the harbor wall. For Richard the scene was heart-breaking.

What went wrong? Where did Richard fail in his renovation? What details did he overlook that his pride and joy should sink so quickly? 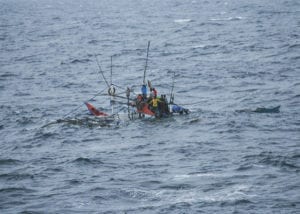 But what it did reveal is the upbeat attitude of the one person who should have been reduced to a puddle of tears—Richard Ogilvy, whose emotional investment in the project was enormous. After he and his sons raised the sunken yacht from the harbor, he told reporters, “Seeing the boat come out again was incredible and when we finally get it sailing in a couple of months we will be able to have a few beers, look back and laugh.”

He didn’t have a nervous breakdown. There was no ranting and cursing, no setting the yacht on fire. Ogilvy had invested too much into his sunken yacht to abandon it. He sees a bright future for this failure and he’s not about to give up on it.

When I read about Mr. Ogilvy and his sink-prone vessel it reminded me of Jesus and the apostle Peter—the man in whom Jesus had invested three years of around-the-clock training. Peter was a disciple with so much promise. He was the one who spoke up and confessed Jesus to be the Messiah, the Son of God and to him, Jesus gave the keys of the kingdom (Matt. 16:16–18). He was one of Jesus’ inner circle of disciples (Peter, James, and John) and he witnessed Christ’s transfiguration and His agony in Gethsemane (Matt. 17:1–8; 26:36–56). It was only Peter who dared to step out of the boat and walk on the water to Jesus (Matt. 14:28–33). Of course, in that episode, Peter got distracted by the wind and waves and proceeded to sink like a rock—or, like Mr. Ogilvy’s yacht—but Jesus pulled him back to the surface. That event foreshadowed the night when Peter’s first real test came. That’s when Peter, who had just promised to follow Jesus to death, wilted before a servant girl and denied ever knowing Christ (Matt. 26:69–75). In his first real test, Peter sank to the bottom.

What was Jesus’ reaction to this failure? Jesus had warned His disciples, “whoever denies Me before men, I will also deny him before My Father who is in heaven” (Matt. 10:33). Shouldn’t that indicate that Peter no longer had a future as Christ’s disciple?

Not at all. Jesus was not shocked by Peter’s denial. He actually predicted it (Matt. 26:34). But Jesus also predicted Peter’s restoration and future ministry as foremost among the apostles (Luke 22:31–32). Like Richard Ogilvy, who saw, at its worst moment, a future for his sunken yacht sailing on the high seas—so Jesus saw a bright future for his fallen apostle and publicly restored him (John 21:15–19). 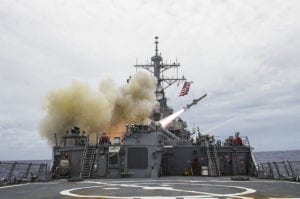 At no time in His earthly ministry (or beyond) did Jesus ever fire one of His disciples. No matter what failures they committed, Jesus never handed any disciple a pink slip—not even to Judas. “Anyone who comes to Me I will never cast out,” Jesus promised (John 6:37). If you have failed, miserably and repeatedly, then know this. Jesus still has a glorious future for you. He will never give up on you.

Dear Lord Jesus, into Your loving and capable hands I commit myself—spirit, soul, and body. Preserve me completely and finish the good work You began in me. Amen. 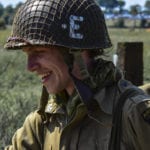 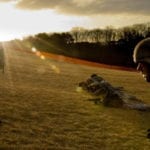 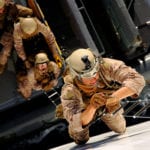