WHEN WE WISH OUR DAYS AWAY

An ancient Arabian legend tells of a band of Bedouin nomads who were retiring for the night.  Suddenly in the darkness, an angel of God shone before them.  Terrified at his appearance, the angel remained silent and then gave this command to the Bedouins.      “Gather as many pebbles as you can in your saddle bags, travel a day’s journey, and you will be both happy and sad.”

Then as quickly as he appeared, he vanished from their sight. 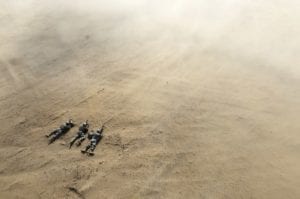 Puzzled over the angel’s command, the Bedouins stared at each other. Then they began to grumble and fume over receiving such a task.  “We have too much to carry already.  Sure, after a day of carrying pebbles, we’ll be both happy and sad – happy the task is over and sad for ever receiving it.”

Reluctantly and grudgingly the Bedouins picked up a few handfuls of pebbles each, put them in their saddlebags and journeyed all day.  As they wearily unloaded their camels that night, each paused to empty his saddlebag of its worthless contents.  But the Bedouins were astonished at what they saw – each of their pebbles had been transformed into a diamond of great value!  They were overjoyed at their newfound wealth.  But their joy soon turned to regret over the wealth they could have had, if only they had grumbled less and gathered more.

Our days during deployment may, at times, seem as worthless as pebbles – fit only to be discarded.  But each of them holds some blessing, some joy, some treasure.  The Scripture reminds us that “This (today) is the day which the Lord has made, let us rejoice and be glad in it.”  (Psalm 118:24)  Rather than wishing to “fast-forward” through our time in Iraq, take time to smell the roses – they do grow here as well as at home.

PRAYER:  Dear God, help me to relish every moment and to cherish every day that you graciously give me as a gift.  Amen. 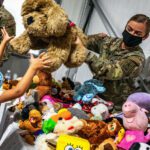 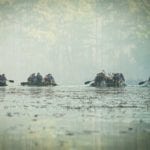