In 1941 Morris Parker was a Navy Radioman First Class (RM1C) assigned to the Pacific Fleet based in San Diego, California.  His ship?  The USS Arizona!  At President Roosevelt’s order the fleet moved to Pearl Harbor, Oahu, Hawaii.

After saving up money to purchase passage, his wife, Dorothy Parker and daughter sailed to Hawaii to join him.

Then tragedy struck.  No, I’m not talking about the attack.   I’m talking about Morris Parker’s selection to be part of a draft of Sailors who were to sail to Johnston Island then continue to Palmyra Island – a remote and deserted naval base.

Morris and his wife were sick with disappointment.  His wife and daughter had just arrived.  He was pulled away from them in San Diego and now again he was being torn away to go to some God-forsaken island. 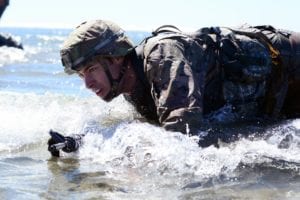 The Parkers were devout Christian believers.  So they set forth to pray earnestly that RM1C Morris Parker would not have to deploy.  Morris became convinced that God would not allow him to be pulled away from his family.  “God will not take me from my family – I’m sure of it!”  His wife prayed fervently also, but braced herself for disappointment.

But his commander’s orders did not change.  “Get your gear together, Sailor!  You ship out in a few days.”

Finally, when he realized God would not rescue him from this deployment, Morris accepted the inevitable.  After giving his final hugs and kisses to his wife and daughter, Morris had to take care of one more task.  He felt led by God to speak to a Sailor on the Arizona who was locked away in the brig for murder.  That night before he departed for a long deployment, Morris led the broken Sailor to faith in Jesus Christ.  The next day, on the evening of December 6, 1941, the tearful Morris Parker bid farewell to his wife and daughter and sailed for the lonely Palmyra Island.

The next day was Saturday – typically a family day for the Parkers.  Dorothy Parker, lonely for her husband, kneeled on the floor and began to pray, “Dear Lord, I know I shouldn’t question Your sovereign will and Your wisdom.  But please help me to understand why – why Morris couldn’t stay with us.”  Still heavy-hearted on Sunday, December 7, Dorothy slipped from her bed to her knees and prayed again, “Lord, why couldn’t Morris stay with us, why did the Navy take him from us?”

Just then the house shook with a thunderous roar.  Dorothy ran outside to see dozens of planes flying at rooftop level and ships firing their guns.  Her first reaction, “What is the Navy coming to, doing maneuvers on the Lord’s Day?”  She had no idea what was going on.  Then a neighbor hollered, “Dorothy, get in your house and take cover!  This is not a training exercise!  It’s a real attack!” 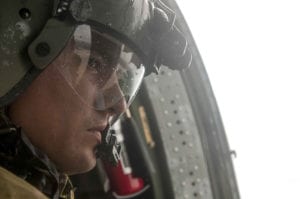 Mother and daughter ran inside and knelt in prayer for God’s protection.  Then a horrendous explosion rocked the house.  She did not understand it at the time, but a 500-pound bomb from a Japanese high altitude bomber had smashed through the wooden deck of the USS Arizona and penetrated down to the ship’s main magazine.  The horrific explosion tore the ship apart and killed nearly every Sailor aboard (1,200 of 1,400 Sailors – including the prisoner who had believed in the Lord just two days before).   It also obliterated the forward tower were Morris Parker would have been working if he had not been shipped away.

As the days passed, Dorothy was able to piece together what had happened – and understand that God truly had not allowed her husband to be taken from her – permanently.  She understood that God had taken her husband away from her for a short time, so that they may spend the rest of their lives together – and have more children.  In fact, the day Morris Parker arrived at Johnston Island (his first stop before Palmyra Island), they received word about the December 7th attack and his ship returned immediately to Pearl Harbor.  There he was reunited with his wife and daughter – though only for a brief time.

For us here at Fort Lewis this story also has great significance.  For in the years that followed the parkers had another child, a son named Daniel.  This son is none other than Chaplain (COL) Dan Parker, who after nearly 40 years of military service, retired in March 2010.  His father, RM1C Morris Parker, was only 30 hours from his death when God pulled him away from his family – that he might be a blessing to them for another 49 years – and to beget a son who would be a blessing to literally thousands.

And though we are rattled by disappointment and broken by grief, the time will come when we too will understand God’s wisdom and mysterious ways.  Like the Apostle Paul we’ll confess, “Oh the depths of the riches of God’s wisdom and knowledge!  How unsearchable are His judgments and unfathomable His ways!  For who can possibly understand the mind of the Lord, or who could possibly be His counselor?  … For from Him and through Him and for Him are all things.  To Him be the glory forever!  Amen” (Romans 11:33, 34, 36).

PRAYER:  Dear Father in heaven, when my hopes are deferred and my dreams are broken, please help me to trust in You.  For You will surely work all things in my life, both pleasant and painful, for my ultimate good and Your ultimate glory. Amen. 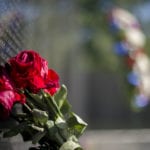 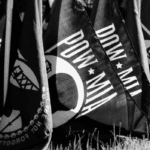 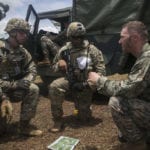