Blame it on Him - The Warrior's Journey®
Skip to content

Blame it on Him

Smoking Gun. Photo by Marines is licensed under CC By 2.0

Ever hear of Alan Smithee?

He’s a well-known Hollywood director who has the distinction of being blamed for some of the very worst movies from 1968 to 2000. To his credit are such forgettable films a Burn Hollywood Burn, Death of a Gun Fighter, Let’s Get Harry, Solar Crisis, Supernova, The Shrimp on the Barbie, and Raging Angels. Almost all of his films bombed at the box office and were canned by the critics. So how did this disaster-of-a-film-director manage to survive in the business for 32 years? Why did film producers entrust him with such responsibilities?

Well, actually there is no such person as Alan Smithee. There never was. He was only a pseudonym created by the Directors Guild of America to take credit for movies that the true directors didn’t want to be identified with.

It all began with the making of the movie, Death of a Gunfighter in 1968. The movie was not going well and the meddling actor, Richard Widmark, arranged to have its director Robert Totten replaced by Don Siegel. The reluctant Siegel completed the picture, but neither director wanted any credit for the final product. Siegel explained that Totten had actually spent more days shooting the picture, therefore, he should take credit for the dud. Totten argued that both directors had actually shot equal amounts of film and that, since Siegel was the final director, honors belonged to him.

To resolve the issue the DGA created “Alan Smithee” so he could bear the blame. It’s interesting that even in movies which proved successful at the box office, Alan Smithee’s name was invoked – but only for parts of the film that brought discredit. An example of this is the movie, Twilight Zone: The Movie, which credits Alan Smithee with direction of the scene in which actor Vic Morrow and two children were accidentally killed. Alan Smithee went on to bear the blame for dozens of substandard movies, television shows, and music videos, as well as other forms of media.

So, the next time you’re watching the credits roll by and you happen to see the words, “An Alan Smithee Film” or “Directed by Alan Smithee,” then the film is probably not worth watching. It’s also a clue that someone’s trying to shift blame for a bomb. As John F. Kennedy confessed after the Bay of Pigs disaster, “Success has many fathers. Only failure is an orphan.”

Rare is the person who has the moral courage to take ownership of failure and accept responsibility for disaster. How refreshing it is for someone to step forward and say, “I am responsible. I was wrong. I am to blame.” Such people deserve our admiration and respect. Sadly, our world has too many cowardly and spineless individuals who are quick to cry out, “Crucify him! Crucify him!”

Yet admission of guilt and confession to God are the gateway to God’s mercy and forgiveness. Look at what the Scripture says. “If we confess our sins, God is faithful and just to forgive us our sins and to cleanse us of all unrighteousness” (1 John 1:9).  “He who conceals his transgressions will not prosper, but he who confesses and forsakes them will find compassion” (Proverbs 28:13).  “I acknowledged my sin to You, and my iniquity I did not hide; I said, ‘I will confess my transgressions to the Lord’; and You forgave the guilt of my sin” (Psalm 32:5).

Dear Father, to You I open my heart and confess my sins. I alone am to blame for the evil I have done. Please forgive me, cleanse me, and reconcile me to Yourself. Let me feast upon Your love and rejoice in Your forgiveness. Amen. 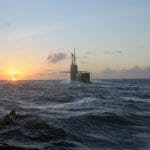 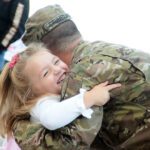