How does a person become right with God?  That is really one of the ultimate questions of life.  The answer is found in the Scriptures where God tells us that a person can be right with God through faith (Rom. 1:17; Heb. 10:38–39).

Righteousness is actually a gift from God. It becomes ours by faith in Christ (Phil. 3:9). So faith is pretty important. But what is faith? What is real faith, the kind of faith that puts one in a right relationship with God? Real faith is what Jeff Struecker calls “Bullet Proof Faith.”

Faith is only as good as its object. Furthermore, it’s not the strength or sincerity of faith or belief but the object of belief that determines the quality of faith. 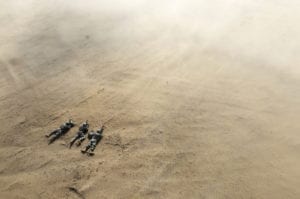 For example, while I love my three-year-old grandson and believe that he can do the things that most three-year old’s do like feed himself or get himself to the toilet, I’m not going to give him the keys to the car. I don’t believe he can operate it. He can’t drive. He lacks the capability. Now, one day he may ask me for the keys, but not today.

The Bible tells us that “faith is the substance of things hoped for, the evidence of things not seen,” (Heb. 11:1, King James Version).  Another translation puts it this way, “Now faith is the assurance of things hoped for, the conviction of things not seen,” (English Standard Version). There are certain future realities, “things” identified in the Bible. For example, there is the coming of Christ, the fulfillment of the Christian’s inheritance, and the judgment of God. Faith does not make these things so. Faith accepts them to be so.

Biblical faith, real faith, is absolute confidence in what God says and in what God does. God tells us “faith comes by hearing and hearing by the word of Christ” (Rom. 10:17). It’s about capabilities. God is capable of fulfilling every promise he makes. He’s capable of achieving anything. 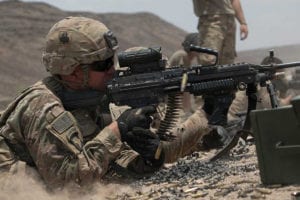 You wouldn’t have my three–year old grandson perform brain surgery on you or anyone else. He’s not capable of any kind of surgery. Believe me. But a nationally renowned neurosurgeon that performs daily surgeries at the Mayo Clinic is capable. You’d trust the neurosurgeon over the three–year old any day.

When I was in Iraq, I was given two SAPI (Small Arms Protective Insert) plates as part of my individual protective system (IPS). I was told the ceramic plates were capable of stopping a NATO 7.62mm round.

I never had the opportunity to test that capability but one of my soldiers did. The plate saved his life. I have confidence or trust in those plates. They work. They’re bulletproof. And, they’re the real deal. That’s what Jeff is talking about—capable faith, faith that works, faith that’s real. It’s faith in God because God is capable of preserving our lives. You have his word on it!

The object of faith determines the quality of faith.

Faith in God and in what he says is high-quality faith; any other “faith” is questionable. When Jeff Struecker faced the question of whether he was going to live or die in Mogadishu, he placed his faith in God. But he placed his life in the hands of God. Why? He believed that whatever happens on earth, no matter what it is, God is with us. God was in charge of his life, and nothing was going to happen without God’s permission.

“Bulletproof faith” is the kind of faith that depends on the character and work of God. 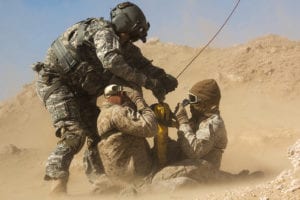 The Bible tells us that sin separates all of us from God. Sin prevents us from having a right relationship with God (Rom. 3:23; 6:23). There’s nothing we can do to fix the sin problem on our own. You can’t save yourself. You can’t pay your way or work your way out of sin. We’re all doomed because of sin.  But God sent his Son to die for our sins.  He fixed the sin problem and opened the way for us to enjoy a right relationship with God.

Rather, like a person stuck in quicksand and doomed to perish, he rescued us from our sins. We are lost, but he can save us. He’s the only one that can pull us up “out of the miry bog” (Ps. 40:2, ESV). That’s a reality. He demonstrated his capability by rising from the dead on the third day (1 Cor. 15:3–5). He conquered death itself. And He will for you, too.

y brought Mary Beth into the world of documentary filmmaking. What started with a desire to tell her friend’s story, became a true passion for Mary Beth. Striving to bring individual stories of redemption, hope, and truth to the world, she has produced a number of documentary films. Mary Beth is currently an Executive Producer on JUMP SHOT: The Kenny Sailors Story (featuring Stephen Curry, Kevin Durant and Dirk Nowitksi) and a Producer on IMPERDONABILE .

She also served as an Executive Producer on TOWER, which won the Grand Jury Prize at the 2016 SXSW Film Festival and won the Critics Choice Award for “Most Innovative Documentary;” TOWER was also short-listed for the Academy Awards. In 2016, Mary Beth was an Associate Producer for MAMA RWANDA, directed by Laura Waters Hinson. In 2015, she Associate Produced IMBA MEANS SING which is now available on Netflix Worldwide, and in 2014, she produced RETURN TO MOGADISHU: REMEMBERING BLACK HAWK DOWN. Mary Beth is thrilled to have presented her films to audiences in Jerusalem, Rome, New York City, Los Angeles, Washington D.C., and Austin, among others. While she appreciates the glowing receptions of the films and the international attention they have received, it is the sparking of hope and the beginning of important conversations with life-changing consequences that keeps Mary Beth in the documentary film world. 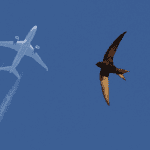 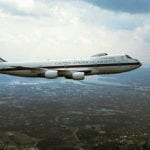 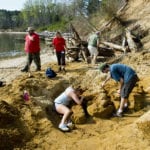