Choose Your Battles Wisely - The Warrior's Journey®
Skip to content

The very first NASCAR race to be televised was the 1979 Daytona 500. The race was an incredibly close one in which Cale Yarborough and Donnie Allison competed for first place well ahead of all the other drivers. The two racers drove neck and neck, lap after lap. Each gaining a slight, momentary lead. One over the other again. And again.

Which of the two won the race? Neither!

On the very last lap, both revved their engines to be the first to cross the finish line. However, their cars collided and ploughed into the infield. But instead of getting back in the race, Yarborough and Allison leaped from their cars and began to punch and shove each other. The driver in third place, Bobby Allison, did not win the race either. When he saw his brother Donnie fighting, he pulled off the track and stopped to help him out against Yarborough.

And while the three remained distracted by their grievances, the man in fourth place, Richard Petty, zoomed past them and won the race.

As you know, we get distracted by many things. Quite often it happens when our spouse, coworker, or supervisor says or does something thoughtless that hurts us. We take the offense to heart and stew over it. We play the incident over and over again in our minds and imagine all the things we wish we’d said or done in response. Eventually, our sourness grows until anger consumes us and we cannot think of anything else – not even the job at hand. We become like Yarborough and Allison, who were so consumed by anger that they literally discarded a championship within their grasp.

All of us are victims of offenses that hit us every day of our lives. And every time someone hurts us, a critical decision confronts us. Do we forgive the offender and refocus our attention and energy to the mission? Or, do we allow it to distract us and make us ineffective in accomplishing the mission?

Don’t be entangled in the thicket of anger and resentment. Choose your battles wisely and keep your focus on accomplishing the mission, honoring God, and blessing others. Like a short in an electrical system, anger and bitterness drain us of precious energy. They cloud our minds and destroy our capacity to function. “Do not be overcome by evil,” Paul wrote in Romans 12:21, “but overcome evil with good.”

Dear Father in heaven, it’s bad enough that I suffer pain when others offend me. I don’t want anger to consume me nor to nurture bitterness in my heart. Please lift me above this poisonous attitude so I can forgive and move on from the offense. Help me to realize that You can turn the offense into a springboard for growth. Remind me that You can turn my curses into blessings, my hurts into halos, and my scars into stars. Amen. 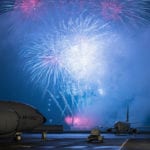 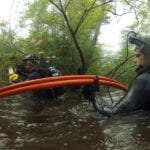 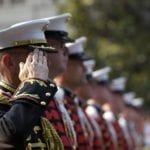