Belly Roll Rigor. Photo by U.S. Army is licensed under CC By 2.0

The Christmas season can seem a lot like an obstacle course.

The holidays are a time when we hurry. We often face added financial stress. Most of us try to handle overwhelming emotional pressures like finding that right gift for someone you love. But, I doubt you’ve ever faced stress like one man recently felt in the United Kingdom!

Giles Hembrough earns a modest salary working as a railway signal tester for the Amey Railroad in Bristol, England. A recent increase in his wages pushed him into a higher tax bracket.

Naturally, Giles was curious to know how much tax he’d have to pay at the end of the year. Well, when he opened and read the “dreaded letter” from Her Majesty’s Revenue and Customs or HMRC, Mr. Hembrough received the shock of his life. According to the letter Giles Hembrough owed $18.7 trillion. And he had until April 5, 2017 to pay it!

Now to get a handle on that figure, that’s more than $1.3 trillion above the net-worth of the United States. That’s enough money to purchase 46 billion iPhones or 94 million Lamborghini sports cars.

Giles got out his calculator figured out how long it would take him to pay off the taxes. 369 million years! And even then only if he dedicated every cent of his paycheck to pay it off.

Of course, the amount was so ludicrous that Giles assumed it was a mistake from the start. “If the bill had been for $10,000 or so, then I’d have been worried. But for $18.7 trillion? That had to be a mistake.” His hunch was right.

When Giles called HMRC they were shock too! A customer service rep commented, “It looks like someone has fallen asleep on the key board.”

But can you imagine being so hopelessly in debt that it would take 5 million lifetimes to pay it back?

When accountants examined the books they found a huge deficit. They informed the King that the slave had lost ten thousand talents of the His money. Based on the current price of gold, that was the equivalent of $21.2 billion.

The King was enraged at the loss and sickened by the very sight of the slave. So he ordered that the slave and his family be sold. Just then the overwhelmed slave fell on his face and begged the King for mercy.

He said, “Please have patience with me and I’ll repay the debt.”

Now, unlike Mr. Hembrough, the slave didn’t have an income of his own. There was simply no way the slave could repay the debt. But the King had compassion on him and forgave the debt completely.

What is interesting about the slave is that he walked out of the King’s palace completely, 100% forgiven. The King had absorbed the loss and chose to not to get even with the slave. But the slave didn’t seem to understand the meaning of forgiveness. Remember, he had not asked for forgiveness, only for more time to pay it back. Therefore, he still felt under pressure to repay his debt.

When he found a fellow slave who owed him about $100. He grabbed, choked him, and demanded that he pay back the money. The fellow slave fell to his knees.

He begged, “Please be patient with me and I’ll repay the debt.”

But the unforgiving slave had no mercy and has him thrown into prison. This incident so disturbed the other slaves that they informed their King. The King once again summoned the slave before Him.

And with that the King ordered the unforgiving slave to be cast into prison for his heartlessness. And with those words Jesus concluded the parable and gave this stern warning.

“So shall My heavenly Father do to you, if each of you does not forgive his brother from his heart.” Matthew 18:35

Why do we find it so hard to forgive others?

Could it be because we are clueless to the terrible weight of our own debt to God? A debt that dwarfs by comparison any debt others owe to us? Could it be because we have no idea of the loss we’ve inflicted on God? Instead we only look at the loss we’ve suffered? Maybe it’s because we are clueless to the majesty, purity, and power of the One we’ve offended- The Almighty? Or, could it simply be that we don’t fully grasp the meaning of God’s forgiveness? That God has loved us and forgiven us freely.

We don’t have to earn His forgiveness, strive to make ourselves acceptable, or merit His love. We still feel under pressure to work our way back into God’s favor. Anyone who hinders us in this endeavor, by wounding or injuring us, threatens our shaky standing with God.

When God forgives us he does Several things.

So stop trying to earn or merit what God has already freely given you. Remember that, God has forgiven you, and so you must forgive others.

“Blessed are the merciful,” said Jesus, “for they shall receive mercy” (Matthew 5:7).

Dear Father in heaven, I’ve allowed resentment and bitterness to build up walls between me and everyone else. Yet, as I long for forgiveness from You through Jesus, I must forgive others. Please soften my embittered heart, take away my anger, and fill me with your love. Set me free from the chains of bitterness. Help me to rejoice in Your love and forgiveness. Amen. 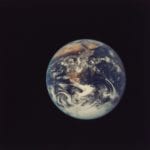 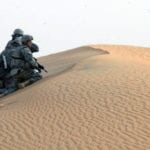 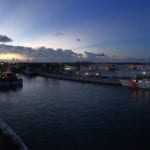 Relics Of The Storm