TOMATOES, OLIVES, AND THE GIANT REDWOOD - The Warrior's Journey®
Skip to content

TOMATOES, OLIVES, AND THE GIANT REDWOOD 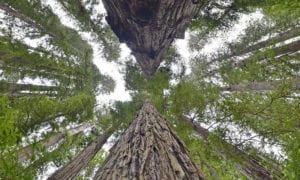 The Coast Redwoods of Northern California are the tallest trees in the world. Many throughout the existing groves measure more than 20-feet across at their base and over 360 feet from top to bottom—nearly as tall as a 40-story building. In fact, the tallest known Coast Redwood is the “Hyperion.” It is located in the backcountry of Redwood National Park and was measured at 379.1 feet tall in 2006. No perceptive soul can walk among these giants–that are up to 2,000 years old–without a sense of awe and wonder.

Amazingly, the cones of Coast Redwood (Sequoia sempervirens) are only about the size of an olive, and its seeds are about the same size as a tomato seed—weighing a mere 1/7700th of an ounce! Who could believe that a blueprint for a virtual skyscraper could be packed into such a tiny seed?

Dr. George Washington Carver once noted that anyone can count the seeds in an apple, but only God can count the apples in a seed. Only God can look at two seemingly similar individuals—as the seeds of a tomato and a giant Redwood are similar in size–and see the differences in their gifts and capabilities. People will always tend to judge by outward appearance and under-estimate those in their youth. So put your life in the hands of the God who created you, who believes in you, and who alone knows your capabilities and destiny.

“For I know the plans I have for you, says the Lord, plans for good and not for evil; plans to give you a hope and a future” (Jeremiah 29:11). Above all, let God love you, guide you and make you into the person He created you to be.

Dear Father in heaven, into Your loving and capable hands I place my dreams, my future, and my life. I believe that You know me better than I know myself and You have a better idea of the path I need to pursue. Please guide me, forgive me, and make me into the person You created me to be. 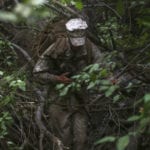 WHERE DO WE LOOK? 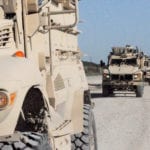 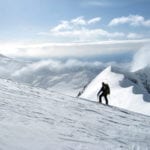 Afraid To Call For Help?