DON’T GIVE UP - The Warrior's Journey®
Skip to content

One of the most harrowing airline flights took off from Birmingham, England in route to Malaga, Spain on June 10, 1990. British Airways Flight 5390 departed at 0720 with 81 passengers and six crew members aboard in command of the flight was Captain Tim Lancaster and his copilot Alistair Atchison. The takeoff and climb were uneventful. Lancaster and Atchison switched the aircraft to autopilot and unfastened their seatbelts.

Then, only thirteen minutes into the flight and at an altitude of 17,300 the unthinkable happened. A newly installed windshield on the captain’s side of the cockpit blew out. This caused an immediate decompression of the plane, filling the flight deck with a white mist, then a sudden blast of 400 MPH and zero-temp air. To make the situation more terrifying, Captain Lancaster was immediately sucked out of the plane. However, his feet became caught in the controls, preventing him from being pulled out completely. 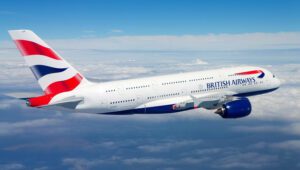 The copilot, Alastair Atchison could do nothing to save the captain, since he was desperately trying to gain control of the aircraft and radio for help. Nearest to the flight deck was senior attendant, Nigel Ogden. He grabbed the captain’s feet, freed them from the controls and held on for dear life. In no time at all, Ogden’s arms were frostbitten, and his limbs began to lose all feeling. Another flight attendant, John Heward, rushed into the flight deck. He removed the cabin door which had become wedged against the controls and grabbed hold of Ogden to keep him from being pulled out of the plane with the captain.

Meanwhile, Atchison, the copilot descended to 11,000 feet and managed to slow the aircraft to 175 MPH. With the deceleration, the captain’s body slid to the side of the aircraft, just outside one of the remaining windows. As Odgen looked out the blood-covered window, he could see the captain’s face. The captain’s eyes were wide open. Yet as his face began to bounce against the windshield, the captain never blinked. From this the crew determined that Captain Lancaster was dead and discussed whether they should let go of his body.

The copilot, however, ordered them to hold onto the captain. He said the captain’s body might strike the wing or the engine and damage them. But by this time Nigel Ogden was at the end of his strength and could hold on no more. John Heward took his place and a third flight attendant, Simon Rogers, assisted him. 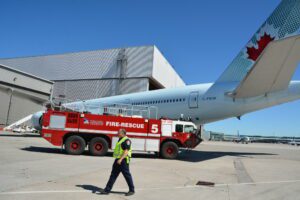 After twenty-two minutes the aircraft was finally safely on the ground at Southampton Airport. Emergency services rushed to the plane and extracted Captain Lancaster from the front of the aircraft and found him – alive! Although he was unconscious, his heart was still beating, thankfully. Lancaster was treated for fractures to his right arm, left thumb and right wrist, as well as for frostbite and shock. He returned to work five months later.

Think about it. Those flight attendants held onto the captain, even though they strongly suspected that saving him was a lost cause. Ogden suffered a dislocated shoulder, frostbite to his arms and face, and years of PTSD. That was his price for saving the captain’s life. But he and the others had to hold on, no matter what. Everyone’s life was at stake.

Think of the medical professionals who risk their own lives to save victims of the Corona virus. They routinely endanger themselves knowing that without their devotion to duty, people will most 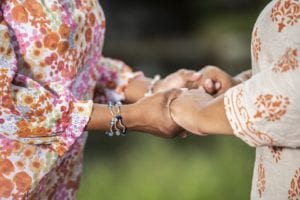 certainly die. Think of the men and women in uniform who put their lives on the line every day to serve and protect our nation.

Similarly, think of those who pray for unsaved loved ones, spouses, children, parents, and friends who show no promise of ever turning to Christ. Yet believers continue to pray and refuse to give up, even at times of discouragement. For they know that God Himself has burdened their hearts for the lost loved one. They believe too much in God’s goodness to think that He would place such a burden upon their hearts without intending to answer their prayers and save the unsaved ones we love. So, keep serving and keep praying, even when it seems like a lost cause. God is using your labors and your prayers to bring about the eternal redemption of others.

Dear Father in heaven, though I get discouraged and begin to doubt that those I love and pray for will ever find Christ, I will continue to pray for their salvation. I trust too much in Your goodness and love to believe that You would place this burden on my heart and have no intention of saving them. Please strengthen my faith in You and keep me faithful to Your work. Please also bless and protect all those who serve others at the peril of their own lives. Bless and protect all those doctors, nurses and health professionals who care for the sick and dying. Bless all those men and women in uniform who serve and protect our nation. Guard them against all danger and threats and empower them by Your divine Spirit. Amen. 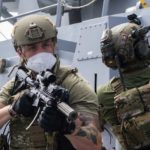 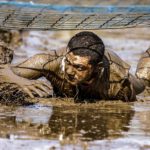 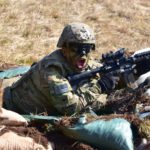