In 1940 Germany attacked and overran the tiny country of Luxembourg for the second time in the 20th century. It’s slightly smaller than the State of Rhode Island. The Romans first established the Grand Duchy of Luxembourg as a fortress in early medieval times. This makes it one of the oldest countries in Europe.

Germany’s first invasion of this neutral country was in 1914 at the onset of the First World War, an occupation that lasted four years. But under Hitler, Luxembourg wasn’t merely occupied. It was informally annexed to Germany. And its Nazi–appointed leader, or Gauleiter, was the Hitler-adoring Gustav Simon. Upon entering Luxembourg City, Simon proclaimed: “This land was won and will be kept by German blood and therefore will remain German forever.”

Historian and author, William B. Breuer, explains, “Simon began issuing a series of stern edicts. German would replace French as Luxembourg’s official language. Nazi textbooks were introduced to the schools, and the courts were reorganized along German lines. Post offices and utilities were no longer part of Luxembourg: they were integrated into the Third Reich’s systems.”

Simon’s zeal to Nazify Luxembourg was very great. For example, he mandated that all street signs, place names, and buildings should be changed from French to German. Additionally, he even included the inscriptions on tombstones. Simon additionally demanded family names be “Germanized.” Fortunately, the constitutional monarchy, the Nazis’ “eternal reign” over Luxemburg lasted a few years. After which, its citizens were finally free to reassume their true identity.

In the Book of Daniel we read the story of four young Jewish men who were uprooted from their homeland in 605 BC. The conquerors transplanted them into the virtual capitol of the world, Babylon (Daniel 1:1-20). First of all, the Babylonian King, Nebuchadnezzar tried to squeeze them into his own mold of what young leaders should be. Also, the king forced them to change their names, taught them the Babylonian language, customs, and religion. Finally, he tried to erase their old identity and reshape them into his own image and model. Thousands of other young men—similarly uprooted from their countries—conformed to Nebuchadnezzar’s wishes. However, these four men–Daniel, Hannaniah, Mishael, and Ahaziah—did not.

They knew the King’s languages, customs, and answered to the names he imposed on them. But, when it came to worshipping his gods and committing idolatry, they made up their minds to remain true to the one God. They agreed to be servants of Nebuchadnezzar, but first and foremost they were servants of God.

It’s a good thing, too—not just for Daniel and his friends, but for Nebuchadnezzar as well. Because, of their very faith, integrity, and courage of these men, it distinguished them from those who abandoned their faith in their own king. No one condemned them to obscurity nor did the king exile them for their courageous stand. As a result, Daniel and his fellow servants of God were catapulted to the heights of political power. Therefore, they became the king’s key advisors.

Every person of faith will feel the pressure on their beliefs in this world. People will tell you, “You’ve got to sacrifice your convictions if you hope to survive in this politically-correct environment.” But as Germany’s “1000–year Reich” was short-lived, so will the values, membership, and temptations of this world. The Scripture reminds us, “The world and all its lusts are passing away. But the person who does what pleases God will live and endure forever” (1 John 2:17) and “Do not be conformed to this world, but be transformed into Christ’s image by the renewing of your mind” (Romans 12:2).

Dear Father in heaven, help me to look beyond the phony glitter of this world and its kingdoms—to see Your heavenly Kingdom that shall endure forever. Help me to never abandon my true identity as Your beloved child and faithful servant. Amen. 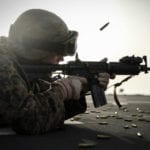 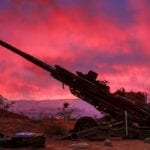 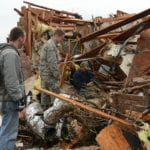