How God Purifies Our Motives and Strengthens Our Faith

STOP! … Hammer Time. Photo by The U.S. Marines is licensed under CC By 2.0

Locked away in the genealogies of the biblical book of 1 Chronicles is an interesting footnote. It’s about the Levitical singers and musicians which King David appointed to sing and play before God’s sacred Ark. It carries an important lesson for every servant of God today.

In 1 Chronicles chapters 6, 15, and 16 we read about a special tent which David prepared for the Ark of God. The Ark was that sacred chest, overlaid with pure gold, and which contained the two tablets of the Ten Commandments. The Ark had a gold covering or lid, which was called the Mercy Seat. And overshadowing the Mercy Seat were the two gold Cherubim. The Ark itself represented God’s throne in heaven.

The Ark was missing from its proper resting place—the Most Holy Place of the Tabernacle, located at Gibeon. David brought the exiled Ark to Jerusalem and placed it in a tent which he referred to as the “Tent of Meeting.”

Now this “Tent of Meeting” was not a public place of worship, as the name might suggest. People did not gather there to meet with each other. Rather it was a place for God to meet, one-on-one, with His priests and His prophets, especially David. In fact, many of David’s references to “the House of the LORD” (e.g. 2 Samuel 12:20; Psalm 23:6; 26:8; 27:4; 61:4) actually refer to this tent.

Therefore, those Levitical musicians and singers, which David assigned to worship, did not perform before a cheering crowd. They did not lead a congregation in worship. They received no applause in the guise of a “praise offering.” This “praise team” did not occupy the center stage beneath the glitter of spotlights. No, this Levitical orchestra performed privately to an audience of One. And that One was invisible.

As they played and sang, I doubt that these Levites even saw the Ark. The Ark probably remained behind a veil. All the Levites could see was the outside of the tent.

Therefore, the Levitical orchestra faced a significant challenge as it sought to worship God both day and night. Without an audience to interact with and to cheer them on, they had to exercise a lot of faith. They had to close their eyes to shut out the uninspiring sight of a tent and envision the King of Glory in heaven. With no one but God watching, they had to focus exclusively on pleasing Him—the true object of their praise.

Sure, it was tempting for them to give a half-hearted effort in their praise, since no one but God was watching. But I suspect that the lack of visibility and recognition ultimately had a purifying effect on their motives and a strengthening effect on their faith. In their hearts, they sang and played for God alone—the only One who saw and heard.

And couldn’t that be the reason why God places so many of His servants in positions of obscurity? Could it be why His servants are saddled with thankless jobs? The lack of recognition and appreciation from people forces God’s servants to look to Him alone for those very things.

In the same way, this could be why God assigns us tasks in which it is impossible to measure their effectiveness or success. Think of the vast majority of jobs which God gives to us. They are repetitive, on-going, and seemingly endless. There is no sense of ‘mission accomplished’ in them. There is no way to determine if we’ve been successful. Moreover, it’s only when we fail to do the job that others respond to us—and it’s always a complaint. “How do I know if my contribution is making a positive difference in the lives of others? The dishes I wash this morning will only get dirty by noon. The diapers I change and the bottoms I wipe, will only be soiled in a few hours. The sermons I prepare and preach will be forgotten in a few days—if people listened to them at all. I feel like a mere cog in the wheel.”

This uncertainty also forces us to dedicate our task to God and to leave the results with Him. “Lord, I cannot see any good that my efforts are accomplishing. So I dedicate what I am doing to You and ask You to bless my service and use it to bless others. Though others do not see or appreciate what I do, You do. You see the sacrifices I make and the secret battles I fight in order to accomplish Your work. Please accept what I do as an act of service to You. I leave the results with You. Amen.” 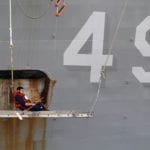 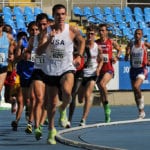