Grasp the Significance - The Warrior's Journey®
Skip to content

Lt. Leo Arnone offers communion to Marine Cpl. Sean Wicks.. Photo by The U.S. Navy is licensed under CC By 2.0

A nineteen-year-old laid dying in a Skowhegan, Maine hospital.

He had been shot in the head with a pellet gun. Brain activity was diminishing and the young man’s body was beginning to shut down. The attending physician told the grieving parents that their son would probably die that evening. They requested that a priest come and “read him his last rites.” 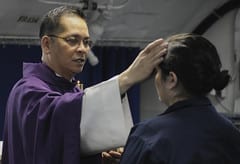 I’m not sure what the parents precisely had in mind when they requested “last rites.” Perhaps they thought this was simply the thing to do before death, something for the good of their son’s soul. One of the components of last rites is the Anointing of the Sick (or Extreme Unction). It is based on the biblical passages of Mark 6:13 and James 5:14-15. When Jesus sent out His disciples to preach the gospel we read that they anointed the sick with oil and healed them (Mark 6:13). Later in the Bible, the command is given to call for the elders of the church to pray for the sick person and to anoint him with oil in the name of the Lord (Jas. 5:14-15). According to the Scripture, these things done in faith will bring healing and forgiveness to the sick.

The priest came and prayed for the young man and anointed him with oil. And within an hour he opened his eyes and began to move about and talk to his parents and the doctor. Though the Associated Press kept this story in the obscure sections of the news, it reveals a stunning miracle of God. God honored this priest’s faith and obedience to His word and had mercy on this young man.

You know, we need to give greater heed to the things we do as the practice of our faith. They are not a mere formality. God intervenes in our lives through them. We need to not only recite prayers, but to pray them. We should not mindlessly consume Holy Communion. And we must partake of it in faith, seeing to the supreme sacrifice of Jesus upon the cross bearing God’s judgments and wrath in our place. While we are too often content to go through the motions at church, God wants to perform the miraculous in our lives. But He desires our undistracted attention and our focused faith.

On the Mount of Transfiguration the disciples of Jesus almost lost sight of the significance of the moment. There, before them, God the Father revealed the true nature of His Son in the glory of His deity. But the disciples became preoccupied with Moses, Elijah, and building tabernacles. In response, God told them, “This is My beloved Son, in whom I am well pleased. Give heed to Him” (Matt. 17:5).

May God not find us merely going through the motions! May He not catch us drifting mentally in our worship and prayer! Let’s give Jesus our undivided attention and grasp the significance of what we’re doing in His name.

Open my eyes, dear Father, to behold Your Son and to see the significance of all which I do in His name. Amen.

Information from: http://www.sunjournal.com/a-priest-read-a-skowhegan-man-his-last-rites-then-he-started-moving/
“Unction,” in The Oxford Dictionary of the Christian Church, edited by F. L. Cross, 1983, pp. 1406-07
In article photo: Ash Wednesday aboard USS Abraham Lincoln by the U.S. Navy licensed under U.S. Govt. Work 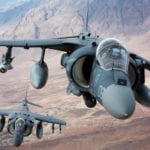 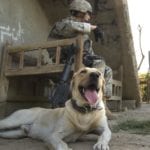 HAVE FAITH IN GOD

10 Objections to Christianity and How to Respond