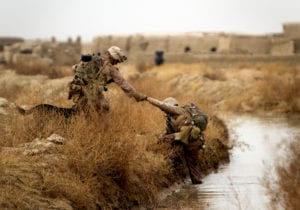 In 1825 the Erie Canal opened a 363-mile passage across the State of New York. This waterway connected western frontier with the industrial eastern seaboard through terrain previously thought to be impassible – across the Adirondack, Catskill, and Allegheny Mountains. The Erie Canal was an instant success. It cut overland transport costs by 95%. Towns sprang up all along the canal, commerce boomed, and New York City grew into America’s number one seaport. Yet the Erie Canal came at a hefty price – not just in money (over $7 million in 1825 dollars – $130 million in today’s dollars), but in human lives. More than 1,000 persons died in the canal’s construction!

Forty years later Ferdinand de Lesseps, a French diplomat, oversaw the completion of the 100-mile-long Suez Canal, which connected the Red Sea (and the Indian Ocean) to the Mediterranean Sea. This new waterway shortened the journey from Europe to the East by 10,000 miles and greatly expanded global commerce.

But this stupendous canal proved very costly. It took $100 million ($2.5 billion in today’s money) and 2.4 million laborers and slaves (125,000 of whom died during the canal’s construction) to move 97 million cubic yards of earth to create this waterway.

When it opened in 1914, the Panama Canal connected two oceans and reduced the distance between New York and San Francisco from 14,000 miles to 6,000 miles.  Its strategic and economic importance to the United States has been inestimable. 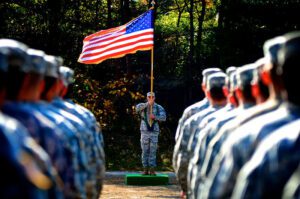 Great accomplishments require great sacrifice and cost. That is inescapable. It’s obviously true when it comes to building canals. It’s also true when building nations and securing their freedoms. The cost of securing our Nation’s freedoms and way of life is also very high. But are we in danger craving these freedoms and security without cost? Unwilling to pay the price for freedom ourselves, we don’t even want our consciences pricked by the vicarious suffering of others, others who are braver and more willing to fight our Nation’s enemies. We long for a society in which everyone is like the proverbial “boy in the plastic bubble,” insulated against the pain of sacrifice. Are we so disturbed over the price of freedom that we entertain resignation to slavery?

In his book, The Gulag Archipelago, Alexander Solzhenitsyn decried the sheep-like submission of the Russian people to a handful of Soviet thugs. If Russia had only done something, Solzhenitsyn wrote, to show their disgust at the oppression, it might not have happened. “We didn’t love freedom enough. And even more – we had no awareness of the real situation. We spent ourselves in one unrestrained outburst in 1917, and then we hurried to submit.  We submitted with pleasure! …We purely and simply deserved everything that happened afterward.”  What happened afterward were the enslavement of a nation and the murder of between 28 – 40 million people. Is freedom too costly to us that we’d rather submit to the demands of our enemies? Radio news commentator, Elmer Davis once said, “America will remain the land of the free only so long as it is the home of the brave.”

PRAYER: Dear God, Ruler of heaven and earth, bless our Nation and embolden the hearts of its people to wage war against oppression and evil. Turn the hearts of Americans everywhere to You in faith and repentance and to each other in love and reconciliation. Raise up godly men and women to fill the ranks of leadership in our government that they may guide America into the path of righteousness and peace.  Heal America of its moral and spiritual sickness. For righteousness exalts a nation. But sin is a reproach to any people. Amen. 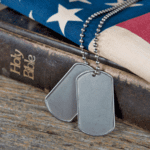 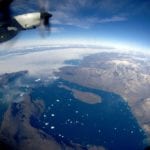 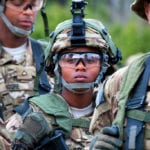