Hatred, Prejudice, and Revenge - The Warrior's Journey®
Skip to content

IRAQ KUWAIT USA. Photo by Army is licensed under CC By 2.0

Our battalion, which deployed to Anbar province in support of Operation Iraqi Freedom, was primarily a “support” unit. Only a fraction of our personnel routinely went off base, “outside the wire.”

Yet among those who did go outside, we had casualties… several “killed in action.” After our first such incident I heard from others who, in the midst of their trauma, grief, guilt (as those who stayed behind) and anger, voices threats dripping with hatred and vengeance: “I know the TCN’s (third country nationals) at the DFAC (dining facility) are not the ones who were behind the IEDs… but I can’t help it… I just want to see them dead—to kill them myself!”

Is that any way for a person of faith to speak? Would a Christian react so violently? We may have thought, even said (when we were kids, at least): “I wish you were dead!” but haven’t we outgrown such words and aims by the time we’re old enough to vote and join the military? Does our tradition, the Scriptures, the teaching of Jesus Christ have anything to say with regard to hatred, prejudice, and revenge? 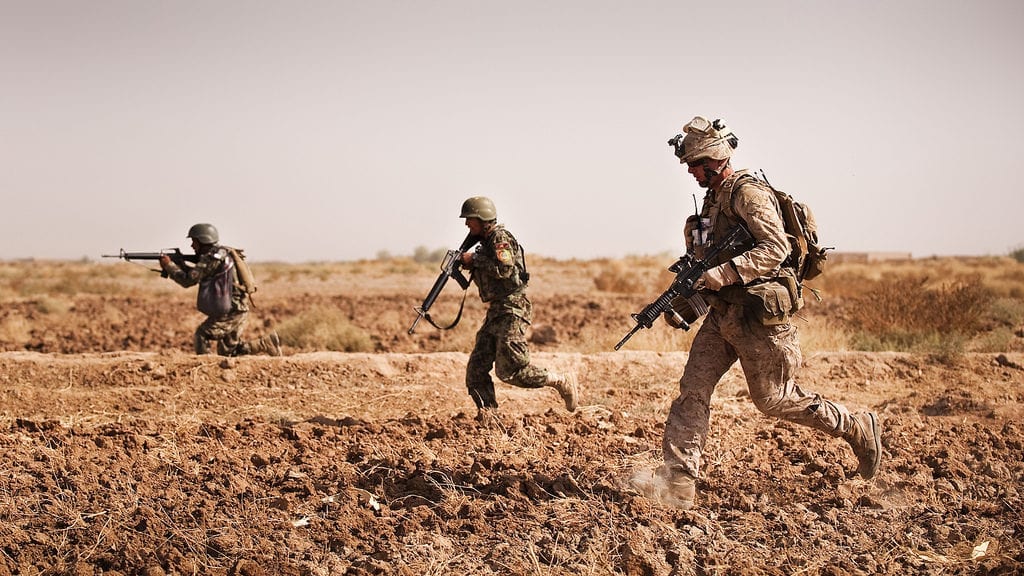 You may have heard it expressed that the dramatic, troubling, extreme reactions that come with any kind of trauma. Certainly, including those related to combat operations and casualties—are “normal reactions to abnormal circumstance.”

Acknowledging that the use of lethal force, up to and including military operations, may be justifiable, we are also right to believe that God’s ultimate hope for humanity is peace, and that positive building-up of community.

The first book and chapter of the Bible displays a life-loving and creating God, and then declares that we are made in the same image. Jesus summarized His purpose once in stating: “I have come that they may have life, and that they may have it more abundantly.” John 10:10b

Is it possible that those with an awareness of God’s goodness and ultimate goal of abundant life are particularly (even rightfully) indignant whenever life is undermined and destroyed?

Members of my battalion approached me with hearts filled with pain and vengeance, spewing hatred and hostility. And sometimes they assumed that they had abandoned their faith and gone to a “place” unreachable by a holy God. I often prescribed imprecatory psalms. That is, I opened to places in the Bible where the language and intentions were as brutally honest and harsh as our own thoughts, words, and fantasies”

“Let their (the enemies) table become a snare before them, and their well-being a trap. Let their eyes be darkened, so that they do not see, and make their loins shake continually. Pour out Your indignation upon them, and let Your wrathful anger take hold of them. Let their dwelling place be desolate; let no one live in their tents.” Ps. 69:22–25

See also Psalm 59 and even the general comforting “life-cycle” Psalm 139, which reveal transparent-and troubling-threats and appeals for vengeance. So I was able to remind my troubled companions: “You are not the first ‘person of faith’ to have deep feelings of indignation and vengeance in response to brutality. These are normal reactions to abnormal circumstances.”

You are not the first person of faith to have deep feelings of indignation and vengeance in response to brutality.

Reactions against death and destruction we had witnessed… reactions even welling up in us because the good God has created us to recognize good and evil. And yet, reactions which–if acted upon or sustained over time–will sow poison. The poison will peril on us, our close relationships, our long-term ability to be people of the life and hope, living into that image of God.

A saying reportedly from the 16th century asserts, “It is not a sin to let a bird fly over…but you don’t have to let it nest in your hair.” It is one thing to react with a real desire for reprisal. It may even be useful to follow the lead of the Psalmist and put pen to paper, giving voice to such threats…turning them over to the One who reserves the right to revenge.

Read Hebrews 10:30, “But great harm can come from unchecked fixations on the settling of scores.” When the “bird” of prejudice and hatred is indeed allowed to build a nest, lay and hatch eggs of destruction, despair, even death, will not those fledglings eventually fly away and nest with others, perpetrating the bile of bitterness and bigotry?

Retained bitterness, hostility, anger, prejudices, and hatred are hatched. And can spring to life in the most troubling ways upon the most undeserving recipients. One thing that caught me off guard in Iraq was the way the members of my unit, women and men “on the same team,” took to attacking one another.  Thankfully it wasn’t manifest in physical abuse or attack, but it became obvious that our actions and words, most extreme when friends were killed, turned back on one another and dealt additional destruction. Another form is the “friendly fire” of abusive behavior upon returning home directed toward family, friends and even ourselves.

Remember that you remain firmly in the hand of the One who created and now wills to restore you.

SO what can we do?? Where is the hope of healing and new life? First, remember that you remain firmly in the hand of the One who created and now wills to restore you. The end of Romans 8 declares that nothing can separate us from God. Not:

Not our feelings or harmful intentions born in violence. No, nothing

“Shall be able to separate us from the love of God which is in Christ Jesus our Lord.”

Next, remember that this life-loving God had prepared and deployed people of hope and healing: listen to a loved one. Seek out a Chaplain, counselor, doctor, priest, pastor, or other professional.

Hatred, prejudice, revenge—whether experienced in Anbar province, or Alaska; Kirkuk (Iraq) or Keokuk (Iowa)—sap strength and vitality. True, God can and will hold us even if we remain in the land of death and darkness. But, we will not thrive and experience the intended fullness and abundance of life. We cannot prevent the reactions of the “bird flying overhead.” But we can, by the grace of God and the power of Christ, and the healing counsel and community, prevent or eradicate the “nest” and experience transformations and renewed life. 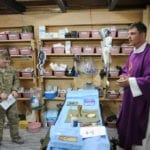 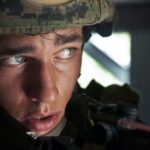 A Time for Running