Success and Fame Are not the Same

Pre-flight checklist. Photo by US Air Force is licensed under CC By 2.0

The Pacific Ocean is the largest body of water on earth.

It stretches nearly 10,000 miles north to south from the Bering Sea to Antarctic’s Ross Sea. And more than 12,000 miles east to west from Indonesia to Peru. To sail across this vast expanse of water is heroic, but to fly across it non-stop is nothing short of epic—especially during the pioneer days of aviation.

So, naturally, the man who made the first flight across the Pacific became enshrined in America’s history—right? Actually, no. Most Americans aren’t able to recall the names of the first aviators to fly non-stop across the Pacific. In fact, they probably have never even heard of them. This is puzzling, since Charles Lindbergh, the first aviator to fly solo non-stop across the Atlantic—a considerably shorter distance (3,300 vs. 5,500 miles)—achieved instant celebrity.

Flight Across the Pacific

Who made this first nonstop flight across the Pacific Ocean? It was Clyde Edward Pangborn, a former WWI pilot and barnstormer. He and his co-pilot, Hugh Herndon, made the historic flight from Misawa, Aomori, Japan to Wenatchee, Washington on October 4, 1931—just four years after the Lindbergh flight. 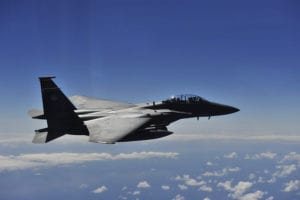 Some elements of this flight made it even more heroic than Lindbergh’s. For instance, since no aircraft existed with the necessary range to fly across the Pacific Ocean, Pangborn had to overload his plane with fuel. To spare his plane any additional weight and wind-resistance, he rigged his landing gear to drop off after take-off.

However, the landing gear didn’t “drop” as planned. Pangborn had to climb out on the wing struts and detach it by hand—at 14,000 feet above the ocean.

Another obstacle to the aviators was that they were forced to fly without adequate maps and charts. A Japanese nationalist who wanted Japan to be the first to make the non-stop flight stole them a day earlier. To make matters worse, co-pilot/navigator, Hugh Herndon, fell asleep and caused them to miss their destination—Seattle. By the time they corrected the mistake fog completely shrouded Seattle. So he was forced to fly an extra 300 miles across the entire state of Washington to Spokane. However, when he arrived at Spokane, fog covered it as well! With nothing but treacherous mountains beyond, Pangborn was forced to backtrack 170 miles to the small town of Wenatchee where he made a belly landing—41 hours after leaving Japan.

But there were no tickertape parades awaiting Pangborn. In fact, Pangborn and Hearndon received neither fame nor reward for their accomplishment. Pangborn went from this pinnacle of achievement to abject obscurity, going on to work as an airmail pilot. But he continued to make significant contributions to aviation—as both a test pilot and trailblazer for the emerging airlines. Then, during the early days of WWII he served in the Royal Air Force, ferrying hundreds of American-made aircraft to England to help Great Britain survive during those critical days of the Nazi Blitzkrieg.

By the time of his death in 1958, Pangborn had logged more than 24,000 hours on multi-engine aircraft. Though he spent his life in the realm of obscurity, his contributions to aviation and to victory in Europe equaled those of other famous aviators like Eddie Rickenbacker and Charles Lindbergh. His life goes to prove that success cannot be measured by the amount of recognition our work brings to us. Clearly success and fame are not the same.

Whether recognition comes or doesn’t, the scripture assures us that our heavenly Father sees what we do in secret and will reward us openly for our faithfulness (Matt. 6:4, 6, 18).

Dear Father in heaven, if I am called to labor in the land of obscurity, where my life is lived in secret and I receive little applause for my work, help me to be content in pleasing You and faithfully working for the day when I hear from your lips – “well done, you good and faithful servant.” Amen. 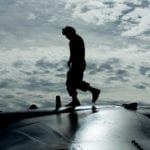 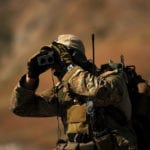