Leadership Makes a Difference-Not a Platitude

Wilderness Walks. Photo by Marines is licensed under CC By 2.0

Have you heard the expression “Leadership Makes a Difference”—or something similar? What did you think? Did it seem corny or a bit hokey to you? Perhaps just an idea that someone thought up for a poster or a meme? 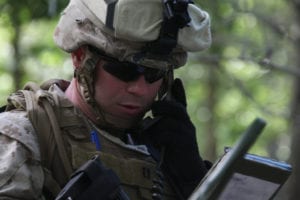 I’m not sure that I had given that idea much thought much before December 14, 1997. That day, my pregnant wife Jenny and five-year old son Danny died, during a military move. As you can imagine, several friends, family members and Marines called me that afternoon, as I sat in a Kingman, Arizona, hotel room. I was shaken to my core and unsure of what to do.

One call I’ll never forget came from the Commandant of the Marine Corps (CMC), General Charles C. Krulak, a four-star general. That December 1997 conversation is seared into my memory and went something like this:

(Phone rings.) “Hello, this is Captain White. May I help you?” 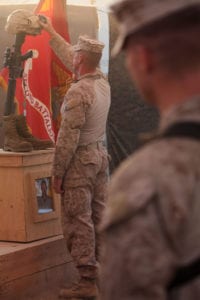 “I’m very sorry for what’s happened in your life today. My wife and I are Christians, and we’re praying for you. You are going to have needs that we can help you with. Please let us know if you need anything, since we’re not mind readers. Will you promise me that?”

“And, Captain White, take as long as you need to make your decisions.”

We talked perhaps a minute more and said goodbye.

I sat there for a moment, awestruck! How did the Commandant get my number? And the Commandant had called me—because he was a Christian and a Marine! This was the equivalent of the CEO of a 175,000-person organization calling a hurting employee going through adversity to see how he was doing. 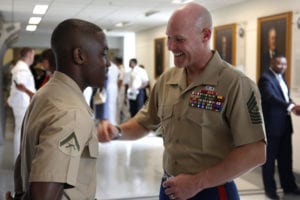 Looking back, even though it was only a three- to four-minute phone conversation, that call threw me a lifeline of hope. A picture—I wasn’t alone. Yet, I can’t imagine what was on General Krulak’s schedule that day as the Commandant. Being responsible for the training and equipping of 175,000 Marines is not an easy assignment on any day of the week. He took time for me and put action into his leadership—not just talking in theory about leadership as the Commandant of the Marine Corps.

As time passed, I replayed that phone call over and over in my mind and realized anew that leadership does make a difference.

Many think this statement is just a platitude or a “goofy poster for the break room,” but it is not.  It came to me, that this is not a platitude, as I sat—hurting, shaken, and unsure of what to do—with my three-year old daughter and nine-month old son in that Kingman hotel room. And that day, my life changed. I began to intently study leadership and keenly observe the now-over-300 leaders I’ve served with, instead of occasionally remembering a mentor’s advice from a year earlier: to pay attention to every leader you serve with—you can learn as much from a bad leader (i.e., what not to do) as you can from a good leader.

So what do you think now? Do you think that positive leadership does make a difference?