Seals and divers from Seal Delivery Vehicle Team 1 swim back to USS Michigan. Photo by The US Navy is licensed under CC By 2.0

In 1884 Henry and Mary Gee arrived from the wetlands of Scotland to the sun baked wasteland of southeastern Arizona.

Henry was a miner, and the town they settled in boasted of rich silver deposits that could make a person rich – provided he could endure the backbreaking work required to dig it from the rock.

But this town had a terrible reputation as well. Just a few years before it was ruled by the Apache and a number of miners had died at their hands. Now it was the battleground between rowdy cow rustlers from the old Confederacy and northern industrialists. In fact, this town was the sight of the most famous gunfight of all, near the OK Corral. The town, of course, was Tombstone.

Fortunately, Tombstone did have a measure of civilization. Four churches served a community of nearly 14,000 people. But these places of worship competed against “110 saloons, 14 gambling halls, and numerous dance halls and brothels” – all indicative of Tombstone’s true preferences. 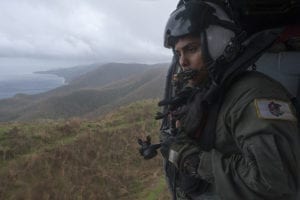 It’s no wonder that Mary Gee yearned for her homeland. If not for the faith-friendly Church of Scotland, then she pined after the lush green landscape she had grown up with.

To ease Mary’s misery, her family shipped her some plant cuttings from the family garden. One of these cuttings was from a Lady Banks rose bush, whose slender and thornless stems were a striking contrast to the only vegetation capable of living in Tombstone – spiny prickly pear and cholla cacti. What chance at survival could a “lady” possibly have?

Yet, would you believe that this frail flower was able to survive in horrid old Tombstone? That’s right. It took root and grew magnificently. In fact, would you believe that this Lady Banks rose is still alive today and is widely recognized as the world’s largest rosebush? Now known as the “Shady Lady,” this 130-year-old rosebush, suspended by an extensive trellis, has a massive trunk 12 feet in circumference and foliage that covers over 9,000 square feet. It provides some of the only shade in town – a welcome relief to heat-weary tourists.

When I read about the famous flourishing Lady Banks rosebush in Tombstone, it reminded me of the many times God sends the least likely people to the least likely places. God frequently calls His children to the darkest places to accomplish tasks for which they are not naturally gifted or equipped. According to 1 Corinthians 1:26-29, God does this deliberately so that He, not they, will get the glory when the task is achieved in a powerful way.

God called Moses to lead a nation out of slavery. Yet, by his own admission, he was a poor communicator and demonstrated no administrative skills. But in the end he was recognized as Israel’s greatest leader and lawgiver.

Gideon was the least of his family and his family was the least in Israel. Yet God saw in him a warrior mighty in valor and used him to destroy an army hundreds of times larger than his own.

David was the youngest of eight sons, whose father relegated him to the most menial tasks. Yet God made him Israel’s greatest king, testifying many years later that He had “taken David from following sheep to leading a nation” (2 Samuel 7:8). 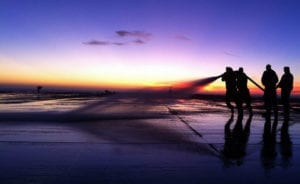 God sent these least likely people to the least likely places to perform tasks which were far beyond their natural abilities. This, of course, forced them to rely on God’s power rather than their own. And the outcome was that they became greater than themselves and achieved the miraculous. Instead of wilting under the pressures and harsh conditions of the task, they flourished and proved victorious.

If God has called you to a place that seems uninhabitable to do a task which seems impossible, do not be afraid. God wants you to depend on His power. Instead of praying for deliverance from your circumstances and responsibilities, pray that God will make you equal to the task. Then, not only will the accomplishing of your task be a miracle. You will be a miracle. You will be transformed from weakness to strength as you trust in the power of the Almighty to do the impossible. This is why we are commanded, “Be strong in the Lord and in the power of His might” (Ephesians 6:10).

Dear Father in heaven, if I am to survive my circumstances and accomplish my task, I can only do so by Your power. Strengthen me, I pray, and make me more than equal to the task with which You’ve honored me. And, when I have succeeded, I will give all the honor to You. Amen.