Is Military Life Taking a Toll? - The Warrior's Journey®
Skip to content

The Fight of the Ca Ira. Photo by public domain is licensed under CC By 2.0

Admiral Lord Horatio Nelson rates as one of the most formidable naval commanders in history.

His stunning victories at Cape Saint Vincent, Battle of the Nile, Battle of Copenhagen, and finally his decisive victory at Trafalgar, immortalized him in the hearts and history of Great Britain.

Admiral Nelson was killed by enemy fire on the quarterdeck of his flagship Victory at Trafalgar on October 21, 1805. But he had already lost his health to malaria. His sight of one eye while fighting in Corsica, and his right arm in the battle at Tenerife. He had truly spent himself in the service of his country.

There is something noble and glorious in spending your life, health and resources in a worthy cause. Conversely, the person who wastes his days by risking nothing and sacrificing nothing is a pitiful creature indeed. The great tragedy of life is not dying but never truly living.

Jim Elliott perished for his faith at the hands of the Auca Indians in Ecuador. It was just one year into his mission. He said, “He is no fool, who gives what he cannot keep to gain what he cannot lose”.

Jesus Christ speaks to this in Matthew 16:25. “He who seeks to save his life shall lose it. But whoever loses his life for my sake, shall find it”.

Almighty and merciful Father, help me to spend my energy, my days and my life on a worthy cause. May it be for a purpose greater than myself, for your kingdom so that the positive significance of my life last for all eternity. Amen. 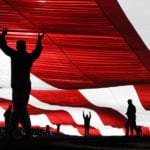 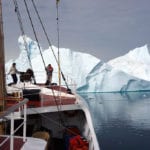 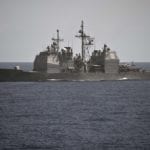